Growing up, I would watch Kung Fu movies and there would always be some secret technique, or Eastern magic that would save the day. I was fascinated by it, but as I grew older I realized that there was nothing really magic about what was being done (pressure points). Well, either that or it was just made up for the movies.

Anyhow, just like with anywhere, there are some family secrets that get passed down and passed along. I came across one of these family ‘secrets’ a few days ago when a lady I know was preparing a treatment for her son, who had a high fever at the time.

At first I thought she was about to cook something, because what she pulled out was one raw egg and some glutinous rice flour. When she explained that it was for reducing a fever, I was still under the assumption that it would be consumed. So I asked her, “Will your son eat it?”

She laughed, but went on to explain that it’s used to roll over the fevered body, and that the mix will “pull the heat out” and reduce the fever.

I took some photos of the preparation process, which she thought was really amusing. 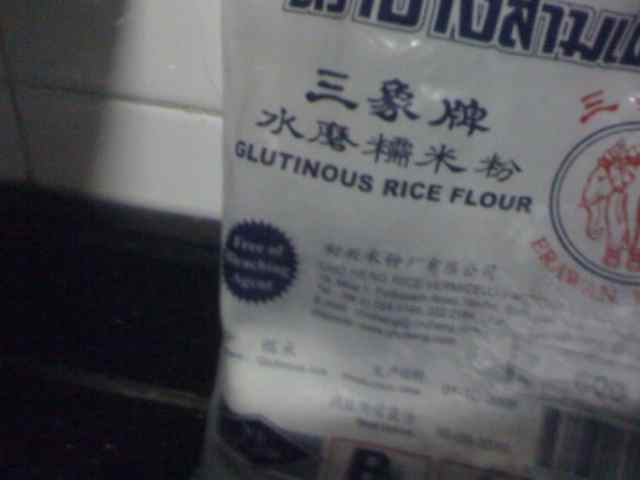 This is where she cracked the top off the egg and started pouring it onto the flour she had put on the plate.

At this point, she got a cup with some water and then slowly mixed this all together by hand, until it became a … thing… that looked sort of like dough, and sort of like colorless Play-Doh.

And, this is our end result:

She took this and rolled it out, so it had a shape similar to a rolling pin. She then took it and rolled it across the boy’s chest. She said that as you roll it across the chest it will change from cool to hot, as it absorbs the heat. Then you let it cool and repeat.

So, ya sorry. No strange incense made from snake blood and mountain moss that turned blue under a full moon. Just egg, rice flour and water.

(Just kidding. Don’t eat this. It’ll have sweat from a sick person mixed in! Ya, some people have to be warned.)