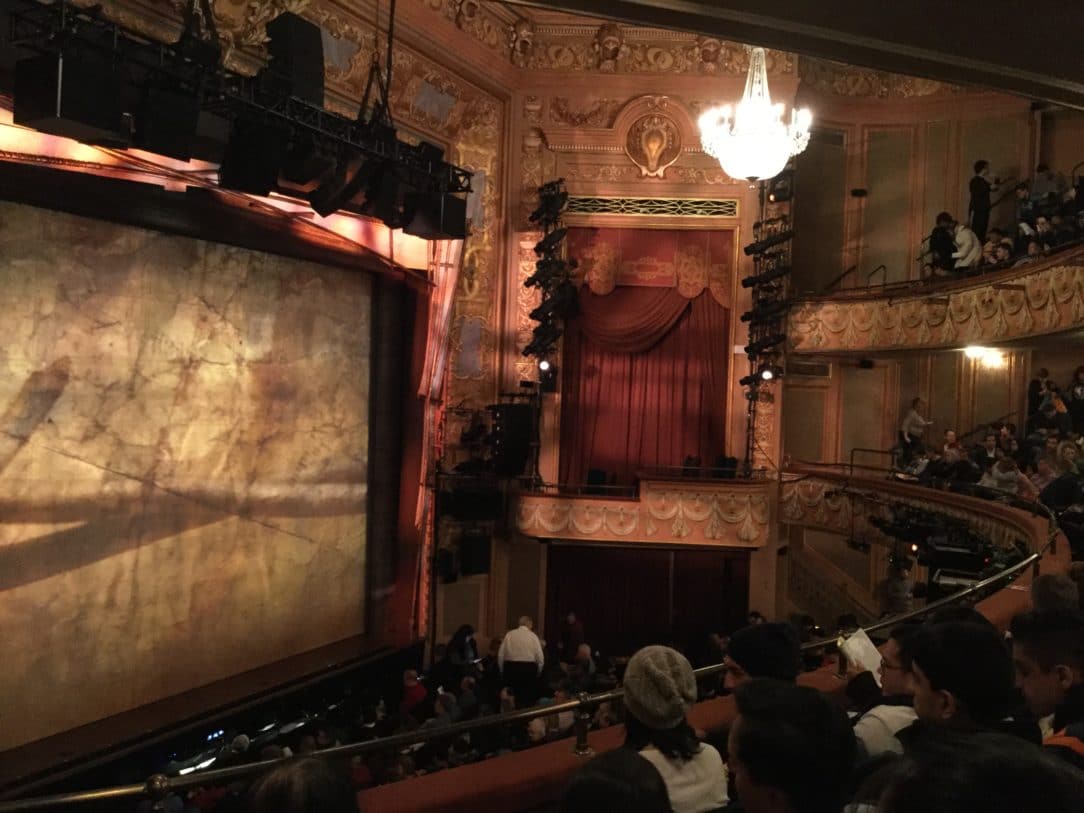 In November, I told my wife that we would go see Allegiance for her birthday. She wasn’t so much interested in the show for the sake of the story, but because she’s a big fan of Lea Salonga and Miss Saigon. Miss Saigon hasn’t played in New York City since we’ve been here, but Lea has a starring role in Allegiance. As a bonus, George Takei stars in the play as well and I’ve really enjoyed him as an actor and as a person since I first saw him in Star Trek as a kid. His Facebook account is hilarious.

I was told later that Allegiance was based on Takei’s childhood. He actually went through a Japanese internment camp during World War II. We really did go into the show blind, but it didn’t stop us from enjoying the story or the actors’ performances. The parts were well played. Everyone knew their lines. There was no stuttering. The dancing scenes were a lot of fun. The music was good.

I think what I enjoyed most about the show was the way it attempted to address complex ideas of identity, belonging and citizenship. Questions 27 and 28 of a loyalty questionnaire given to Japanese internees played a prominent role in the play. The audience is told what those questions are, but I felt like there should have been more explanation about why answering “yes” to those two questions was such a huge moral dilemma for many Japanese-Americans. Having the main character’s father say it impinges Japanese “honor” did not really convey the complexity of being singled out as a group and being made to affirm loyalty to the United States when one was already an American by birth and upbringing. You kind of pick up on it throughout the play, but only if you’re really paying attention. I suppose one doesn’t go to a play to be mindlessly entertained, though. It’s supposed to be thought provoking.

Not to take away from the suffering of Japanese-Americans during World War II, but I was reminded of the problems that many Muslim-Americans are facing today. They are being singled out as a group and subjected to additional scrutiny. Their loyalty, or allegiance to the United States, is questioned in the same way that Japanese-Americans’ allegiance to the United States was questioned.

The fact that Muslim Americans weren’t rounded up and placed in internment camps shows that most of us learned something from our previous mistakes, or at least the people who can make those sorts of decisions learned something. But, we’re walking on a thin line. It wouldn’t be hard for the balance to shift and to wake up one day and find people being deported to concentration/internment camps again. I mean, look at how popular Trump is with Republican voters. Sometimes the guy says something that makes sense, but even a monkey could type a coherent sentence if he sits in front of a keyboard long enough. Trump represents the worst of our past and the desire of some to return to a period of selective privilege that leaves everyone who isn’t a white male in second place at best.

Anyhow, coming back to the topic of this post, the play was excellent, thought provoking, a critical look at our past and relevant to contemporary affairs. I would recommend it to anyone interested in human drama, history, US politics, race relations, or just a good story.

The Longacre theater, where the play is shown, is a little cold. The seats are a little close together and they didn’t open the doors until 6:30 PM, meaning the line was still out the door at 7:00 PM when the curtain was supposed to go up. If you’re planning on going, show up around 6:15 PM to be at the front of the line.

Also, the concessions stand wasn’t impressive, but I haven’t been to a lot of plays so I don’t have a frame of reference and I imagine the audience is expected to be different from the one you find packed into a typical movie theater.