Before this month I’d never heard of Historic Richmond Town on Staten Island. The place isn’t heavily advertised and the carpenter in the recreated shop there told us that he wasn’t surprised, because a lot of people that live there in Staten Island have never heard of the place either. You almost wouldn’t know it was there if you rode by on the bus or in in a car. Maybe that says more about the quality of buildings on Staten Island in general than it does about the site, though, that it’s hard to tell buildings that are almost 300 years old apart from the rest of what Staten Island has to offer.

Getting to Richmond Town from Upper Manhattan was a little bit of a struggle. The A train kept stopping in the tunnel and then went local below 59th Street. I know they’ve been doing some construction on the tunnels during the week, at night, but it would be nice if the city could keep the trains running on time when they’re not doing work on the tracks, otherwise what’s the point of the new construction schedule the city pushed? The ferry ride was nice, at least. I always enjoy the views of the city from the boat. The bus ride from the ferry to the town was about 25 minutes, which isn’t too bad.

When we got to Richmond Town we were afraid it was closed because the place was so quiet and empty. I guessed that it was because this is Memorial Day weekend and most people probably stayed home to relax or went out of town for barbecues. When we got to the ticket counter in the gift shop, the clerk there said that Memorial Day weekend is usually really quiet and cited the same reasons I suggested. I didn’t really care that the place was empty of people. Getting away from the crowds in New York City, seeing some trees, grass, fresh air and open spaces was just fine with me.

The fact that most of the buildings were closed was a problem, though. No one there was in costume. When we went on the 3:30 tour, our guide used a set of keys to open up each building we went into and had to take time to open the shutters so there would be light inside. She kept mentioning that the buildings saw regular, period-style use during the week. I wonder who has time to go out there during the week? I’m going to have to do some research and make some phone calls to find out if we can go back on another weekend and see the place completely up and running.

That being said, the tour was really good and our guide knew quite a bit about the houses she was showing us. She was also ready to answer random questions about the facilities and other buildings we were walking by. I was not disappointed at all. It was a great way to spend a Sunday afternoon.

Here are some of my favorite photos from the place:

Street leading up to the 3rd County Courthouse 1837 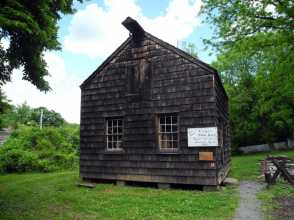 Interior of the carpenter’s shop.

A horse hitch. Below this is a big stone that passengers alighting from carriages would step on to avoid falling or stepping in mud. 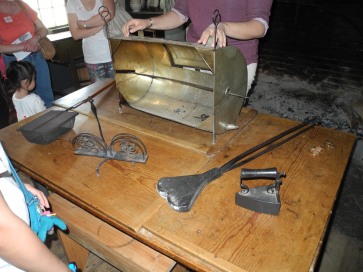 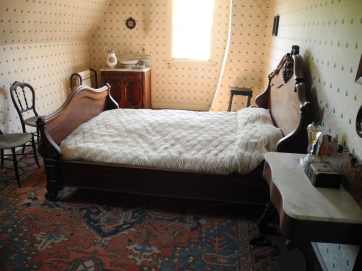 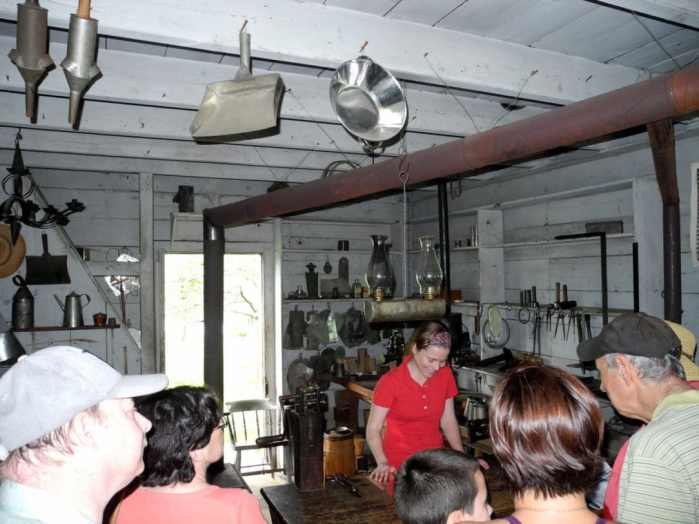 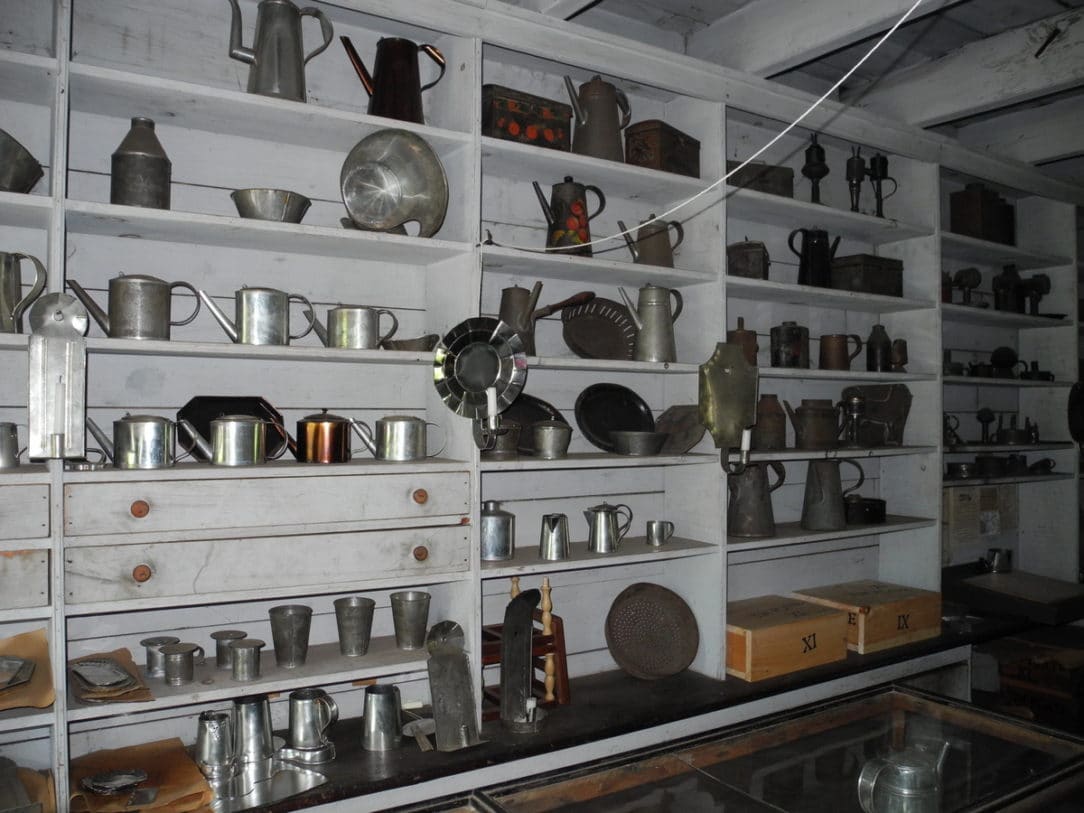 Better quality images and more details can be found in my Historic Richmond Town Flickr gallery.

I sort of let myself fall off the exercise wagon while struggling with other commitments, so now that Summer session classes are over, I’m taking August to try to get myself together. That involves a lot of sorting, organizing, shopping, bill paying, appointment scheduling, and, of course, getting myself back into shape. I’m not going to be a hero and try to go from barely being active for two and a half months to dropping 5ks like they’re nothing, so I’m starting out with long walks first. This is definitely a great neighborhood for it, both in terms of scenery and because the area is hilly, rather than flat, making walks more physically challenging.

We walked down Riverside Drive from about 168th Street, where Columbia University Medical Center is and eventually wound up in Riverbank State Park, which is the nicest park I’ve seen in New York City, other than Central Park. The facilities are probably better than those at Central Park, though, since they’re newer. We saw an Olympic-sized running oval, a skating rink, and somewhere in that park there’s also a pool. We’re looking forward to going back and spending some time there. I bet that oval makes for good running, that’s easy on the knees.

A view of New Jersey from Riverside Drive 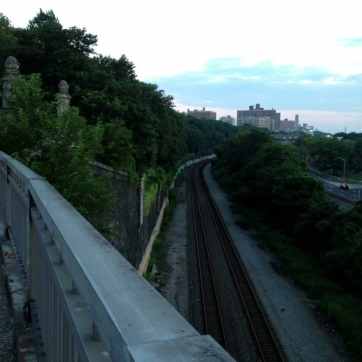 A set of train tracks that run along the river.

Creepy looking stairs off Riverside Drive. Not sure where they go.

No idea what these are. They’re just inside the park at the 145th Street entrance. 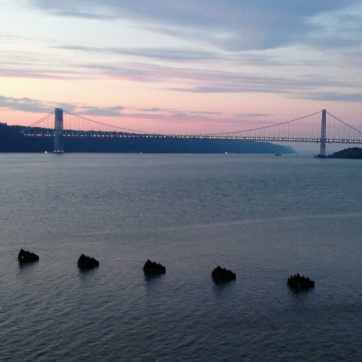 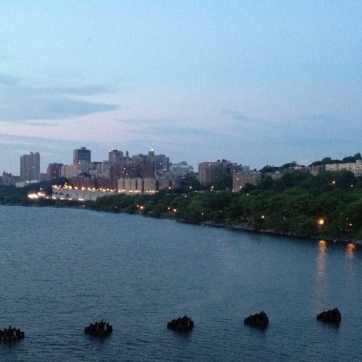 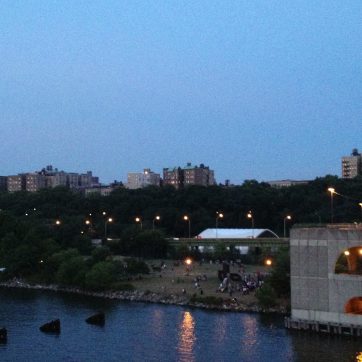 Classes start again at the end of the month, so hopefully I can make the most out of my time!