When my wife and I first moved to Pasir Ris we noticed that there are lots of parks in the area.  That’s great, because we enjoy taking walks, or jogging.  Lately, we don’t seem to have time to just wander around on weekdays, but the last two Saturdays we’ve made sure to get out of the house for a while.

Last week, we went to Pasir Ris Park, which was incredible!  That park is huge!  We’re looking forward to going back, but we also wanted to check out the other parks in the area.  So, this week, we decided to take a look at Seashell Park. 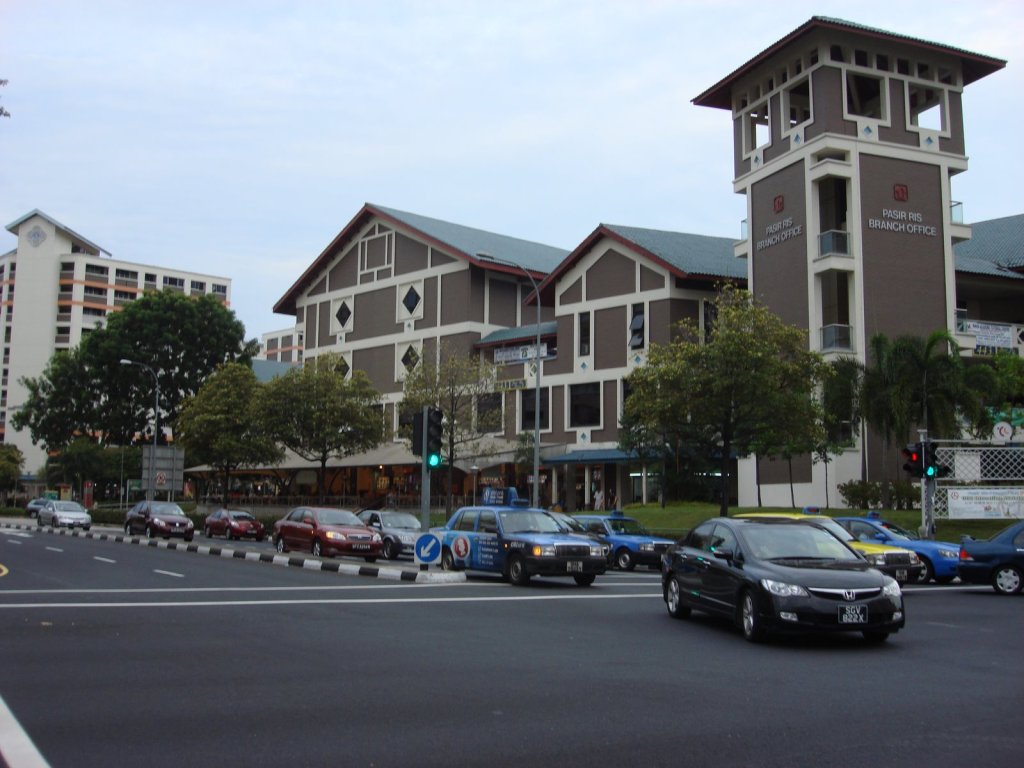 Seashell Park isn’t quite as big as I’d hoped.  We looked through it all in about 20 minutes, in fact.  It’s a small park nestled in behind the shopping center we usually go to for dinner.

The first thing I noticed about Seashell Park is that it seems to be a bit rundown, at least compared to the other parks we’ve walked through in Singapore.  By rundown I don’t mean horribly run down though.  I just mean it hasn’t been well kept up. 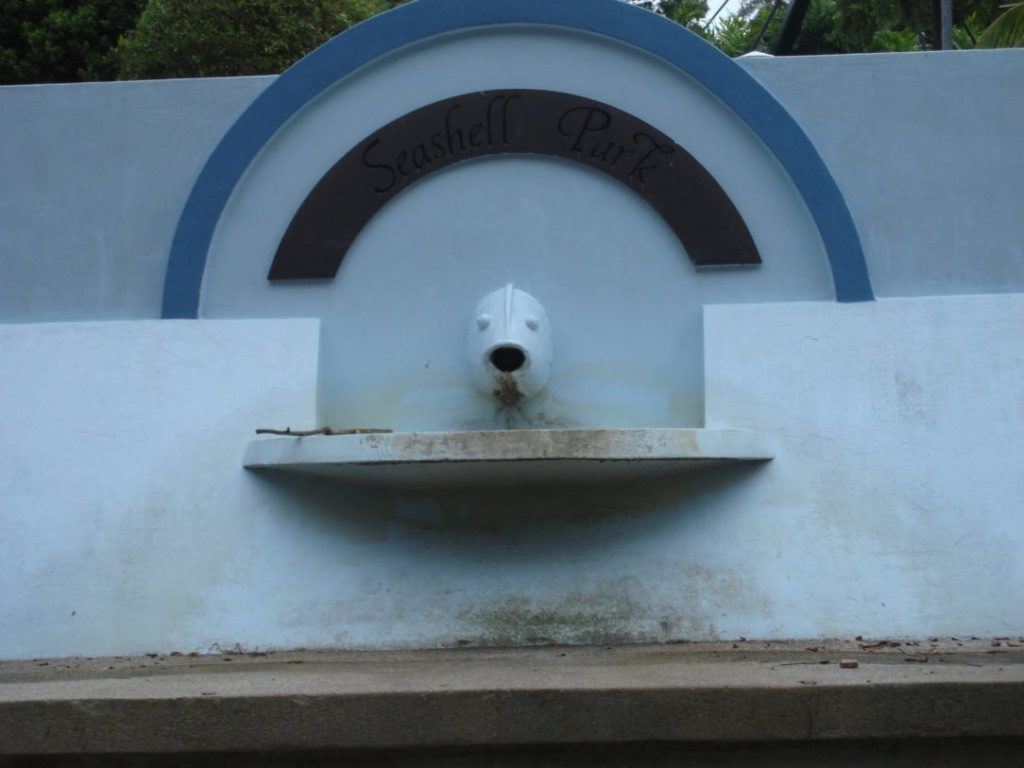 As we walked into the park we were greeted by this fish head under the sign.  It’s a bit hard to read in this photo, but it says “Seashell Park.”  I looked at the fish head and the area around it, and it looks as though there was water flowing through it at some point.  I wonder if there used to be a constant stream of water that sprayed out of it?  As we walked up the stairs to the back of the fish head, we saw that it was fed through a channel from higher up on the hill.  It looked terraced, and each terrace had its own fish head and a channel leading down from the higher area. 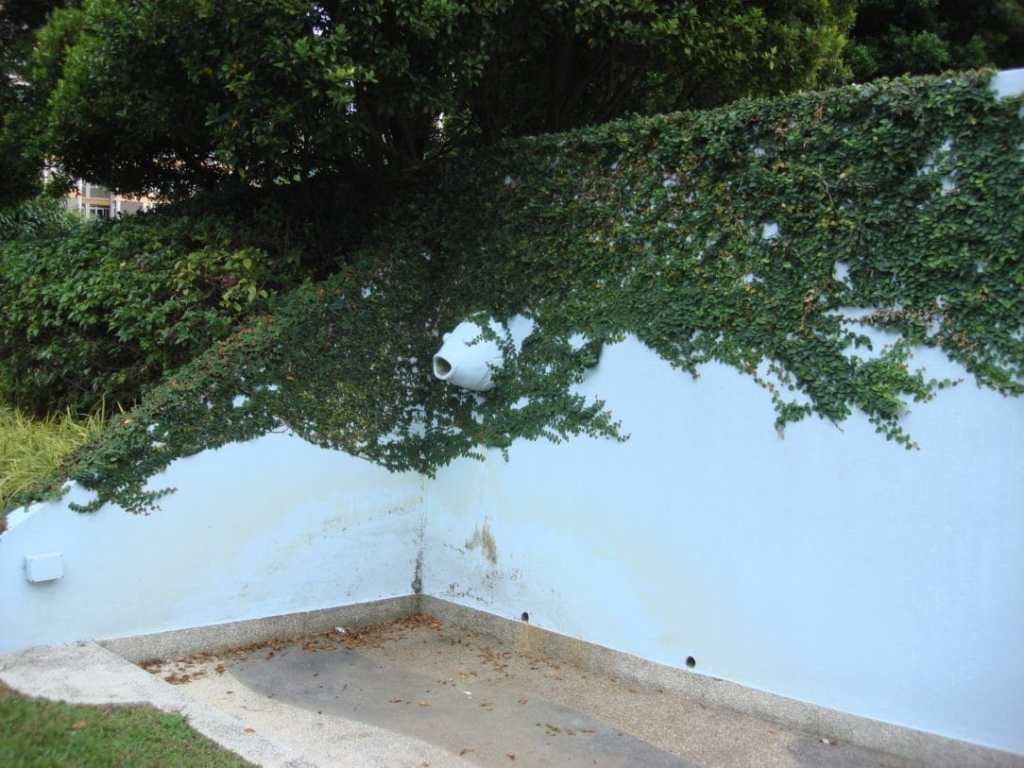 My wife’s theory is that these fish heads are just an artistic way of setting up a good drainage system.  The majority of the park sits at the top of the hill, and it rains a lot in Singapore, so erosion is definitely an issue here.  It makes sense.

One of the best parts of the park is that it has a 400 meter track that runs around the top of the hill.  It’s not completely even, which is nice in a way, because it provides for some variety in your run.  Also, there’s a great view all the way around.  We’ll probably go back there in the future to give it a go.

There is a playground in the park, but I didn’t include any photos of it because it was littered with garbage when we passed through.  I’m sure that’s not common, but … well, even Singapore can become dirty if people don’t take care of things.