Just Acia is a restaurant located in the Downtown East Mall in Pasir Ris, Singapore. My wife and I went to the mall to meet up with friends we hadn’t seen in months. Singapore is such a small island, but life gets so hectic that we still seem to only find rare opportunities to hang out with our friends.

When we arrived, the first thing on everyone’s minds was dinner, so off we went. One of our friends already had a place in mind that she said was fantastic, and had a great deal. We’re always keen to find places that are both “fantastic” and have a “great deal”. She didn’t disappoint!

Just Acia is on the ground level, back past a huge children’s play area. We’d probably never have even found it without her taking us to it. I didn’t even realize that the mall had a back area before tonight.

As we walked up to the restaurant I saw a sign that said all “set meals” come with freeflow (as in free refills) ice cream and drinks. That got my interest up, because free refills on anything isn’t common in Singapore. I was extra excited about the ice cream, because ice cream in Singapore is sold for a fairly high price. Most dairy products here are quite a bit more expensive than what I was used to in the US, because it all has to be imported. For those of you who don’t know and don’t care to Google it, Singapore is an island nation and a city-state.

When we got to the table and flipped through the menu, I was surprised again. The set meals were reasonably priced and the food looked really good. My wife placed an order for beef bulgoggi and I got the deep fried chicken, as well as a side dish of steamed dumplings. Right after ordering we were given cups and small metal dishes so we could start getting our drinks and ice cream from a buffet style bar near the front of the restaurant. The drink choices included Pepsi, Mountain Dew, some teas, cappuccino, lattes, and mocha. Again, impressive for the price.

By the time we sat back down our orders were hitting the table. The meal came with a bowl of rice (no surprise, this is Asia), a small bowl of broth soup (standard fare in Singapore), and a small dish of what I think was kimchi, though I could be wrong. 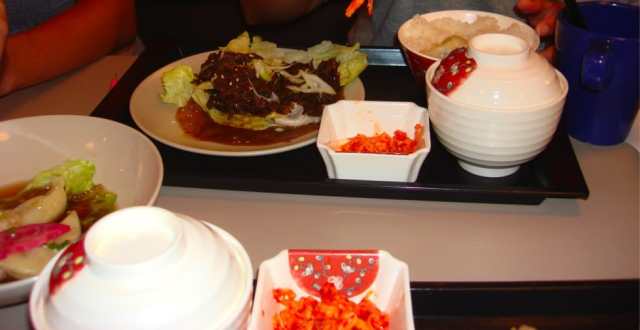 The food was fantastic! The first thing I tried was the dumplings. They were so much better than I had hoped. I’ve had a lot of dumplings in Singapore and these were the best so far. The deep fried chicken was crispy on the outside and tender on the inside. It wasn’t over cooked, and it tasted like the oil they used was fresh. My wife and I swapped a portion of our meals and her beef bulgoggi was great as well. 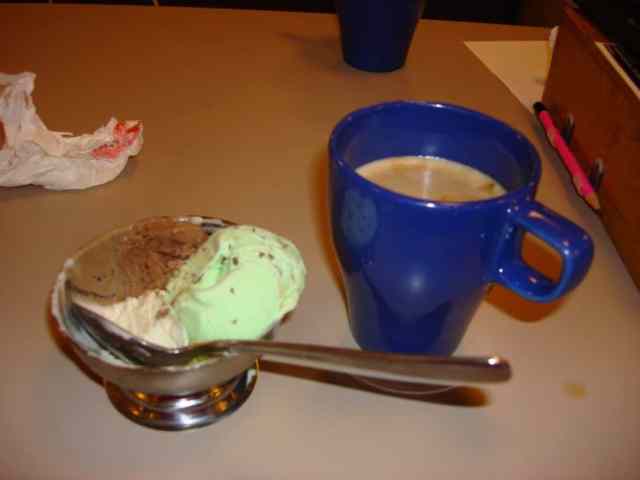 The cappuccino I had after my meal was fairly strong. It was nothing special, but I have no complaints about it either. The ice cream also wasn’t anything premium, but it did have a good taste to it, and I wound up getting three servings.

The last thing I’d like to mention is that the staff is very friendly and very helpful. They were always smiling and always quick to ask if you needed any help. The only drawback I found was that the hostess seemed a bit hard of hearing. She spoke English, but she either didn’t listen to or didn’t understand what I said back to her. When we first approached the restaurant, two of our group had gone on ahead, with the rest of us lagging behind. I tried to explain that we were with the other two people, but she kept saying, “Group of four? Please come this way!” Finally, we just ignored her and walked past her into the restaurant to where our friends were waiting. Later, I stepped out for moment and when I came back, she asked me if I wanted to be seated, as if she hadn’t just seen me 4 minutes previous. Still, this is Asia, so you can’t expect everyone to be as proficient in English as a native speaker, so I can’t even call this a bad mark against the restaurant. It was just a minor annoyance that most foreigners have probably come to occasionally expect while traveling abroad.

All in all, this place serves some great food for a great price, and we’ll definitely be visiting them again.