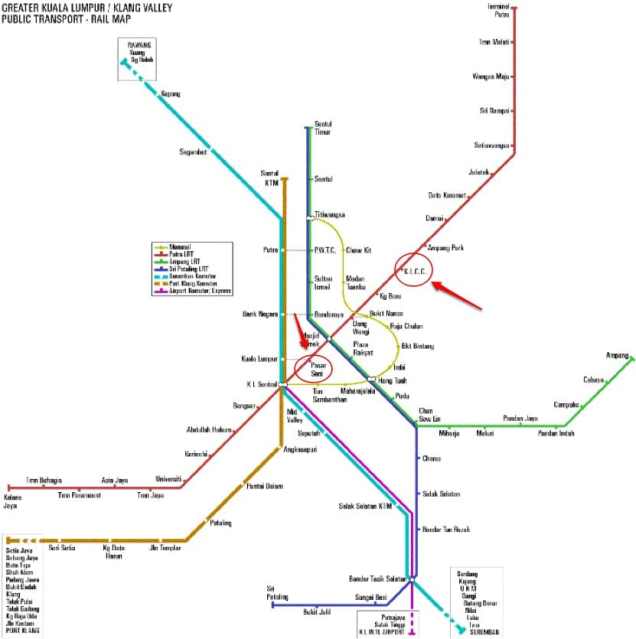 Getting to the Petronas Twin Towers was very easy for us.  We left our hotel on Jalan Petaling and went to the Pasar Seni train station.  To get on the train, we first had to buy tickets.  Two one-way tickets cost us 3.20 ringgit.  We scanned the cards, went through the turn-style and hopped on the train.  Four stations later and we were at K.L.C.C. station.  From there we went up the stairs and the towers were right next to us.

We managed to get a few good shots of the towers before it started to rain.  You can see in the picture above how overcast it was.  Once it started raining we ran towards the entrance and went inside to check out the Suria Mall that’s between the two towers.  Also, just inside the doors there are signs that mention an orchestra or theater room?  I can’t really remember because we weren’t interested in it.

When we entered the mall we saw signs that prohibited video recording and photography.  I can only guess it’s a security measure that’s been implemented to prevent a repeat occurrence of what happened to the Twin Towers in New York City.  So, I didn’t take a lot of photos.

The only place where photography seemed to be ok was at a display set up in the center court of the mall, on the bottom floor, where a display was set up by Lego.  I think it was a competition, because there were quite a few different ‘exhibits’ of famous places from around the world.  The most interesting, and amusing, of them was… The Petronas Twin Towers!  Lego Style! 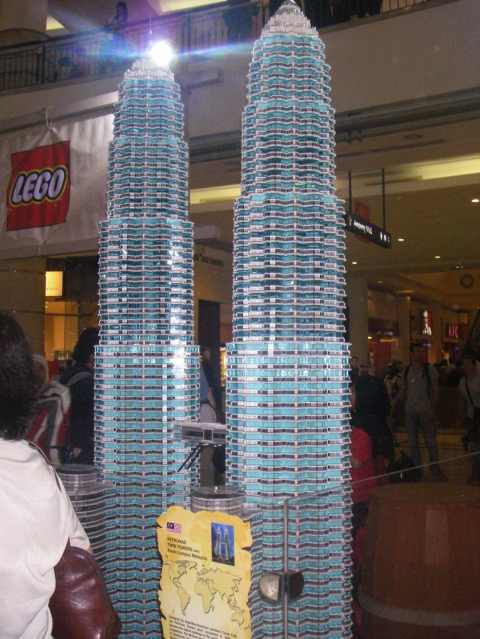 The Lego display was the most interesting thing in the mall.  All malls are basically the same right?  So, we stopped to have coffee and chat for a while at a San Francisco Coffee on the 2nd or 3rd floor.  I didn’t think the coffee there was very good, by the way.  It was too bitter for my taste.  After that we headed back to Jalan Petaling and took a nap so that we could be ready to explore the night-time street fair that evening.