Going to Kuala Lumpur isn’t too big a deal when it comes to the actual travel part.  By the time the plane gets leveled off and the steward or stewardess hands out the immigration cards to fill out, you have about five minutes before the pilot will alert the cabin crew to prepare for landing.  Ya, it’s just that fast.  I think the total flight time is about 35 or 40 minutes.  We actually spend more time getting to the airport in Singapore and getting from KLIA in Malaysia to Kuala Lumpur than we do in the air.  That’s one of the great things about traveling in Asia.  It doesn’t take much time to get to a new place.

This being our second trip to the Kuala Lumpur area, we weren’t as stressed out about how to get from the airport to the city.  On our last visit, we flew Tiger Airways and landed at the budget terminal, so coming in at the regular terminal was a bit confusing.  It was still easy to find the buses that take you to the city. 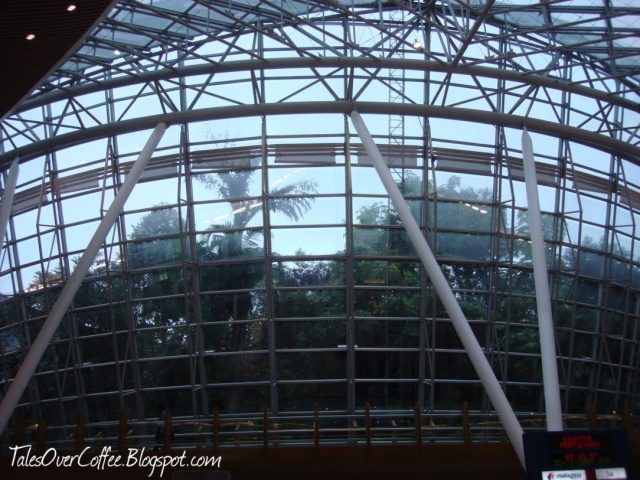 KLIA’s main terminals are VERY nice looking.  They’re very classy, very modern and I saw a banner that said it had won an award as the best airport in the world for three years running.  That’s quite an accomplishment!  The inside looks like a brand new mall and there’s an Air Train that will transport you between terminals.  The interior actually reminded me of Changi International in Singapore a lot.  Even the name of the train was similar.  In Singapore it’s called the Sky Train.

There are a few different ways you can get to the city from KLIA.  You can take a cab, which is expensive, a high speed train which is also fairly expensive, or you can take the airport bus.  There are also other shuttle buses, Star Buses I think, that will take you to KL Sentral.  KL Sentral is a train station near the heart of the city.  The buses are a good deal.  You only pay 9 or 10 ringgit in comparison to about 35 for the train and they leave the airport every hour on the hour.  I don’t even bother with taxis anymore if I can avoid them. 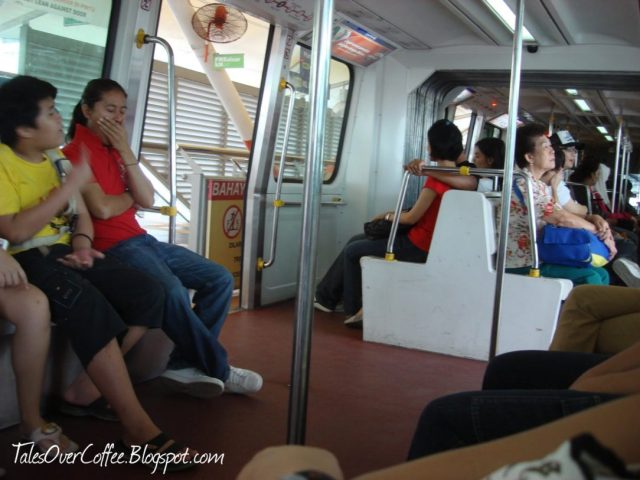 The bus we took dropped us off at KL Sentral.  From there we crossed the street and got on the monorail.  That was kinda fun.  The only monorail in Singapore is the one that goes from Harbourfront to Sentosa Island and I don’t ride that much.  The ride also gave us the chance to get a good look at the area.  There are plenty of windows. 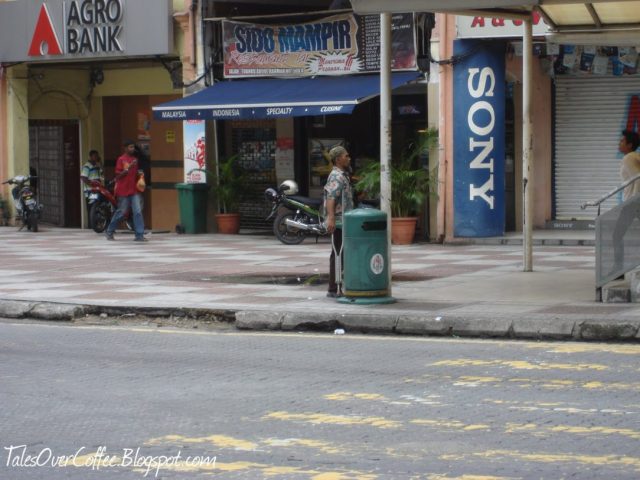 Finding the guest house we stayed at was a little difficult once we got to Chow Kit station, but there was entertainment along the way.  We were standing at the intersection below the monorail station looking around, when we noticed people dashing through traffic to get across the street.  Apparently, waiting for the pedestrian green light is optional here.  It wasn’t just young healthy folk doing it either.  I saw a man with ONE LEG navigating his way through a busy street full of traffic.  Ya.  That old man may be missing a leg, but his balls are certainly intact!  That’s him in the above picture, with the crutch.  After he made it across the road he stopped to have a smoke. 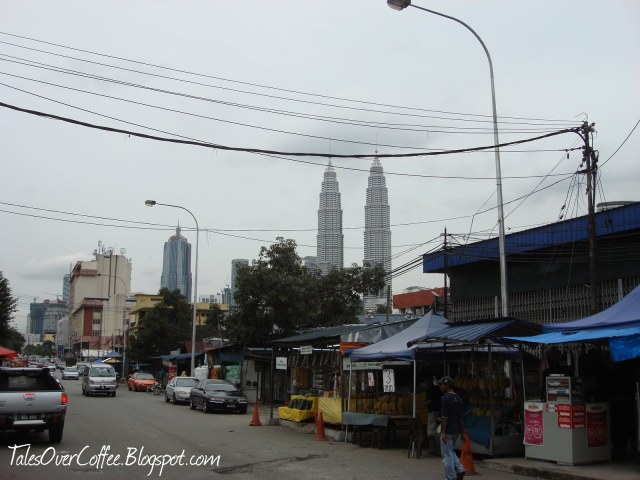 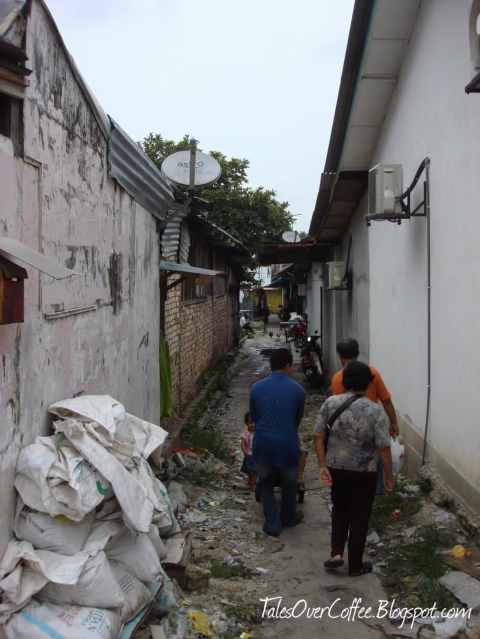 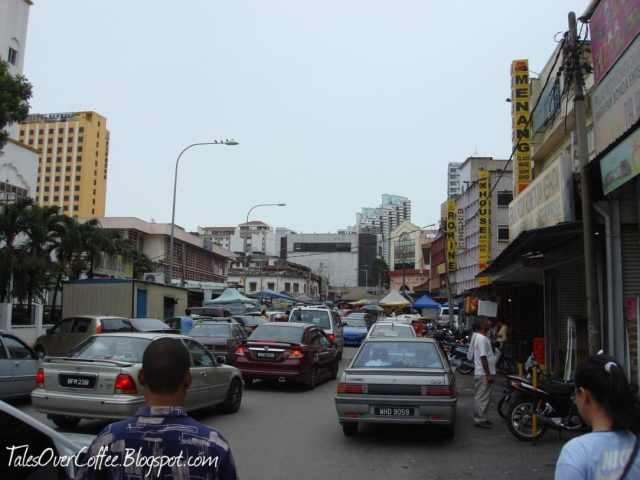 Once we got settled in at Hostel Cosmopolitan (more on that later), we walked through the Chow Kit Market (look for photos tomorrow!) and then sat down to a meal of Nasi Ayam Goreng.  It’s made a bit different in Kuala Lumpur than it is in Singapore.  I’m not sure which I like more.  Both versions are pretty good. 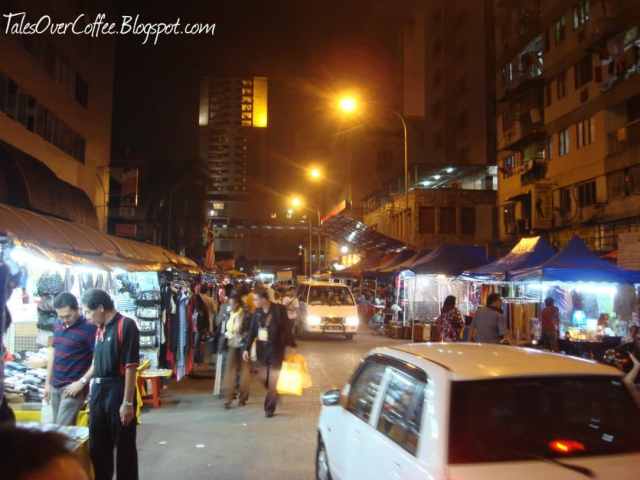 Later that night, after a shower and a nap, we went out again and found out that there are lots of stalls set up along the street at night.  They carry quite a few different things, from stuffed animals to telescopes but we weren’t really there to shop. 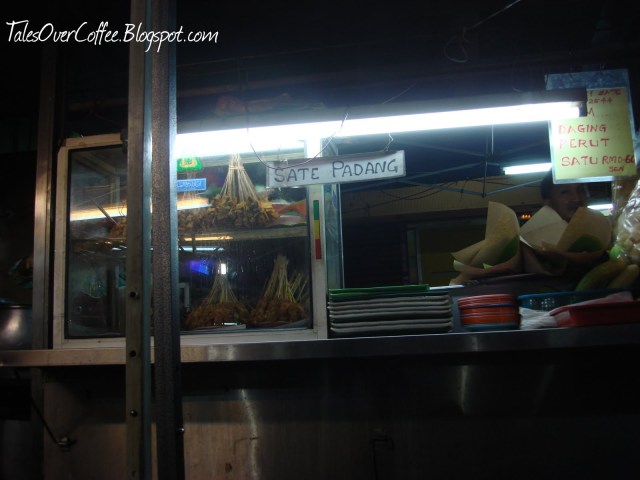 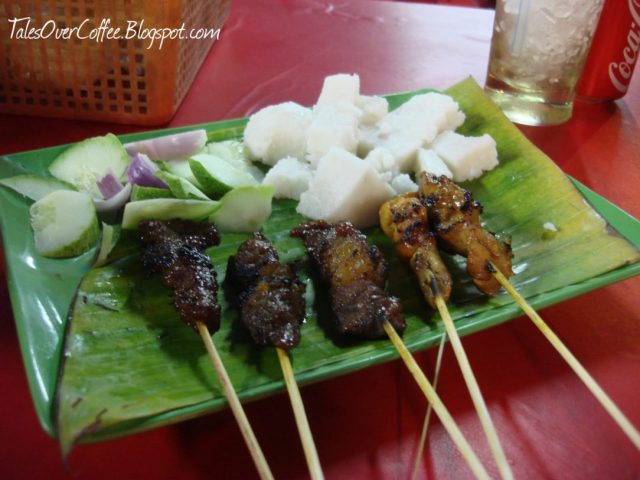 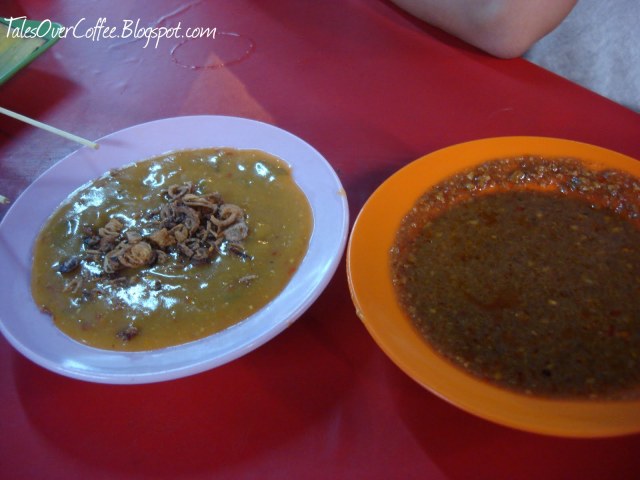 We just wanted to try local food, so we found a vendor selling satay.  It was really good!  The two sauces pictured are a curry sauce with shallots on top and a sweet and spicy peanut sauce, which I preferred.  I like curry, but not on my satay. 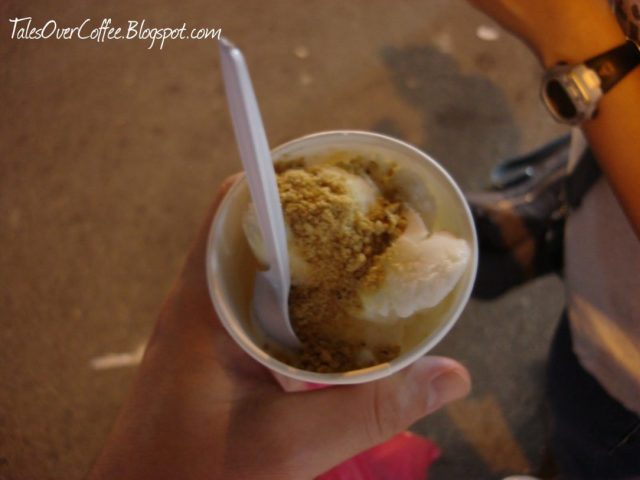 We followed that up with some ice cream that an old man was selling from a cart attached to his bicycle.  It was better than I expected, especially with the crushed peanut sprinkled on it.  I think it’s peanut anyway.  The guy called it ‘kachang’ I think.  The ice cream was mostly vanilla but there was a strong hint of durian flavor as well.  I normally can’t even stand the smell of durian, but it was ok mixed with the ice cream.