The last day of our trip was still an eventful one.  But, before I get into that I’d like to share this with you: 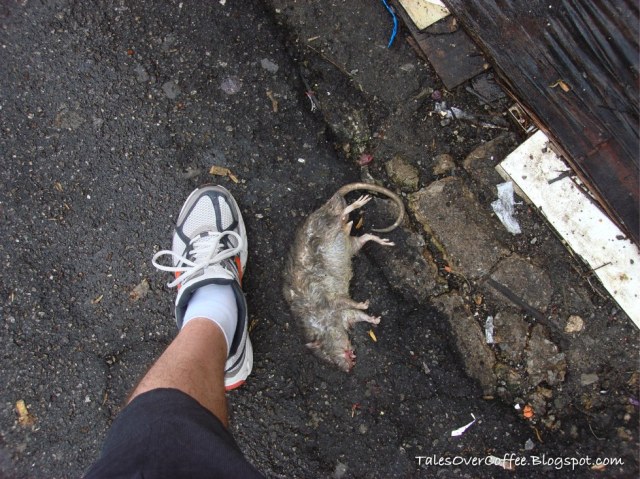 The previous day, after we got back from the Batu Caves and waited out the rain, we went downstairs and walked to the monorail station.  On our way we thought we saw a cat that had gotten run over in the street.  Turns out it wasn’t a cat!  I put my foot next to it for a frame of reference.  I wear a US 9 and I think a UK 43.  After seeing that rat we’d stopped to smoke and saw two more running around on a window sill on the building across from us.  I guess there are a lot of them in that area.

Anyhow, we got up on the third day with no clear goal in mind.  We had to check out at 11 am that morning.  We were able to leave our bags in the lobby area so that wasn’t a problem, but we wanted to go somewhere close by so it wouldn’t take us long to come back and get them before heading to the airport.  I wanted to go see the museums and art galleries, but decided it was a bit far away.  Then our stomachs made the choice for us. 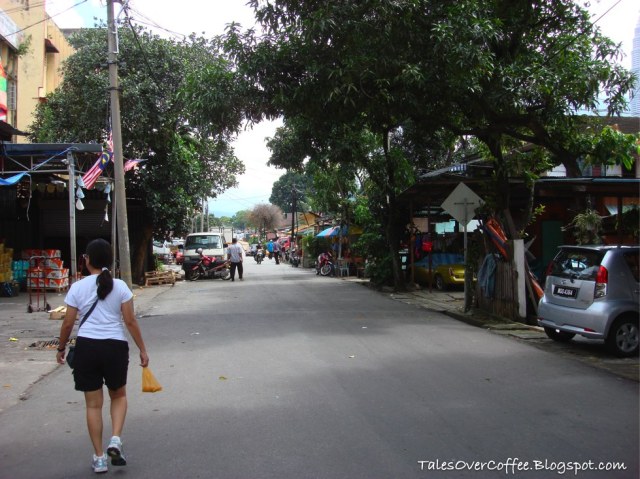 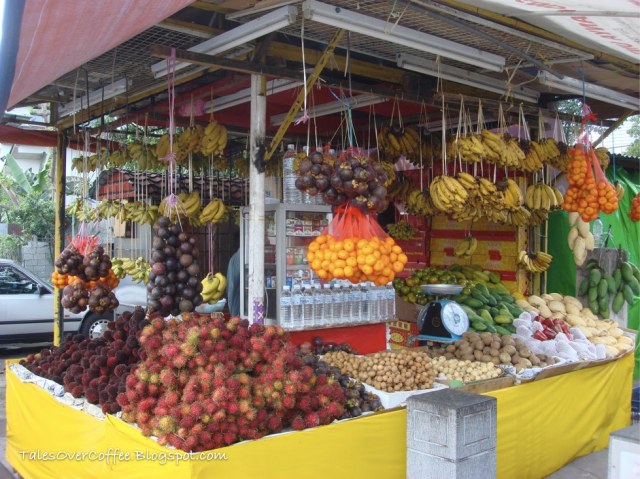 On the small map we were given at Hostel Cosmopolitan we saw a place marked Kampung Baru.  It was close by and the description said it was a food center.  So, we went downstairs and headed in that direction.  I wound up leading us to the wrong street at first and thought the place wasn’t there anymore.  Luckily, we found it by accident!  I suggested we go down a side street and then we stumbled into Kampung Baru. 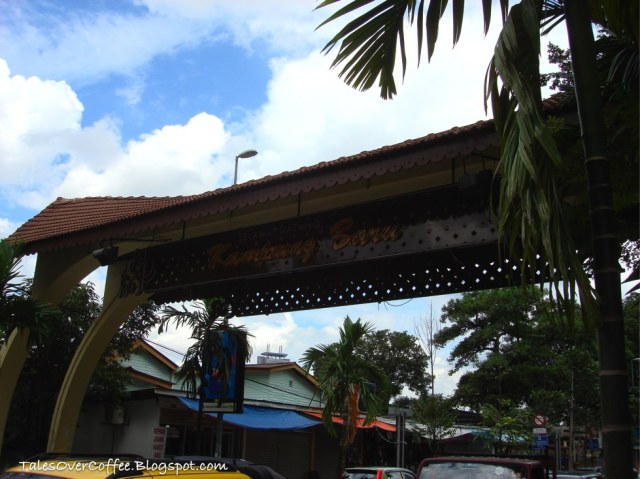 The place must be more lively at night because the map said that there are hundreds of stalls.  We only saw a few and wound up picking a really big one that had a huge crowd.  It’s always good to follow the crowd when it comes to eating establishments. 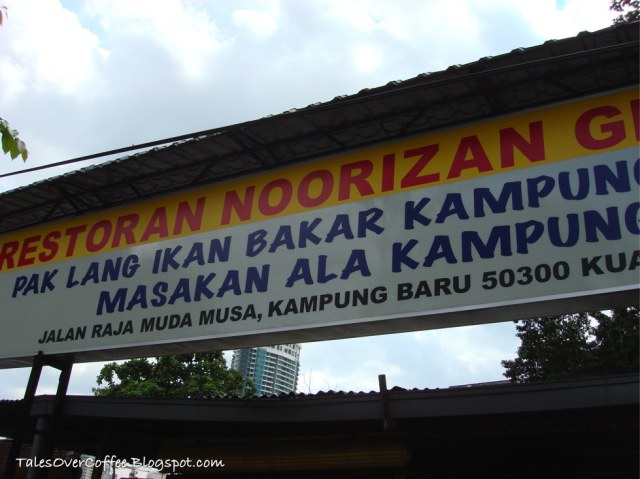 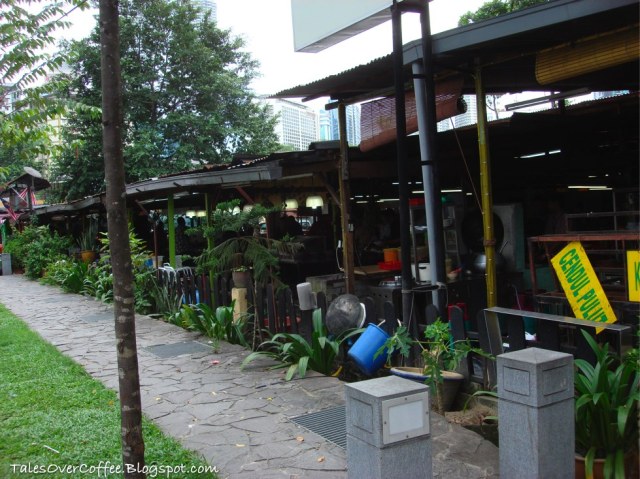 It doesn’t look like much, but the food was really good and it was really well priced.  When you walk in you get in line and self-serve yourself from the buffet tables.  There are a lot of selections available.  After you take your seat a guy (or girl) will come around and take your drink order.  They’ll also write you out a receipt that you take the counter when you’re done.  It seems to be a sort of honor system, but I guess they’ve had problems because I saw a sign that said theft would be prosecuted.  I think we paid about 16 ringgit total for the two of us, including our drinks.

After eating we decided to walk around and explore the area a bit.  We headed off into the neighborhood thinking we could walk straight to downtown.  Well, that turned out to be a minor disaster.  We wound up hitting an elevated highway.  We thought that at some point we’d be able to cross over or under it, but the road we were on kept going until it turned left and went further into the neighborhood.  We had to double back and get on the RapidKL train at Kampung Baru station.   It was good exercise though and we got to see a regular Kuala Lumpur neighborhood which was nice. 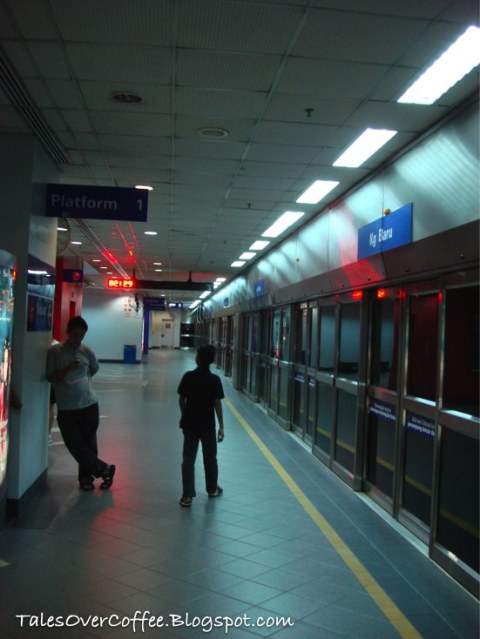 Speaking of the RapidKL station… it looks familiar doesn’t it?  People who’ve been to Singapore will know what I mean.

We took the train over to KLCC.  We were hot and tired after walking around, not to mention we were still a bit worn out from all the walking and stair climbing we did the day before, so we figured a good cool mall would be just the place to relax.  Suria KLCC looked pretty much the same as I remembered it.  The only thing that had changed was the central display area.  Instead of a Lego competition there was a huge, garish set-up for some perfume.  I don’t remember what brand.  The Legos were cooler in my opinion.

We sat around for a bit at Starbucks.  I had one of those toffee nut lattes and surfed the net on my iPhone for a while using the free wi-fi.  We also spent some time in the huge Kinokuniya bookstore.  I’ve always loved bookstores and I could get lost in that one for days!

We didn’t have much time left before we had to go get our bags, so we spent the last few minutes of our time in Kuala Lumpur enjoying the area outside the Suria KLCC mall (which is below the Petronas Twin Towers if you don’t know).  The last time we were in Kuala Lumpur the weather wasn’t as nice and it was raining while we were there.  This time we got a chance to look around. 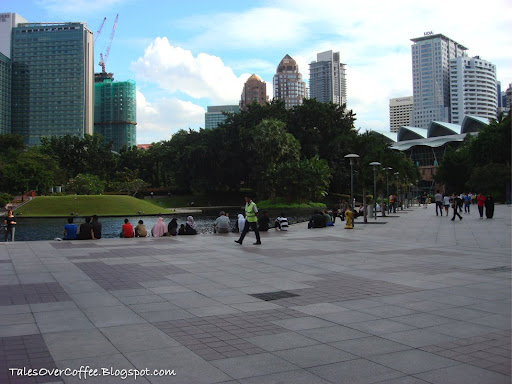 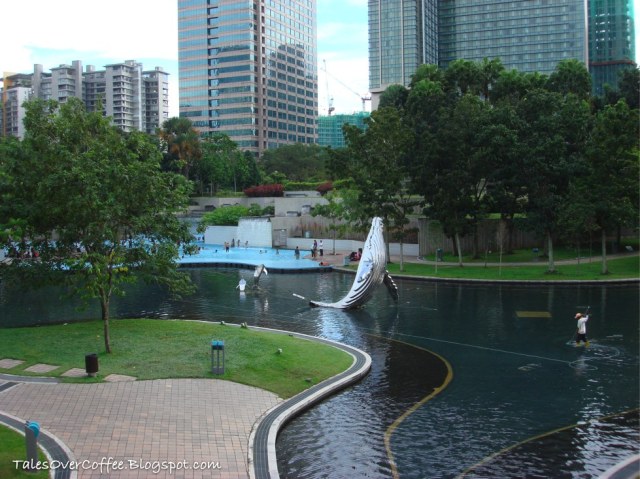 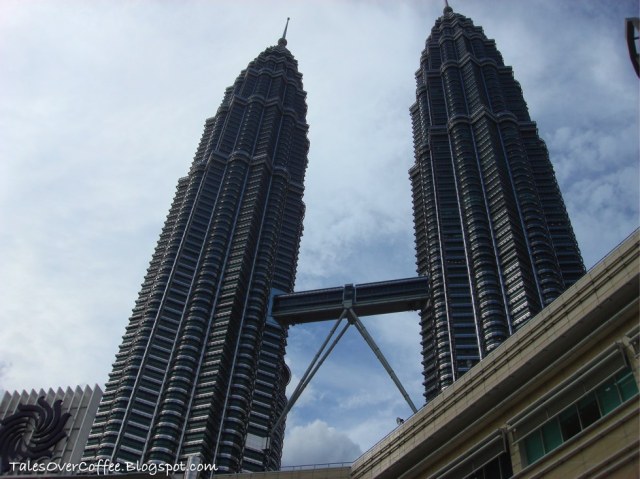 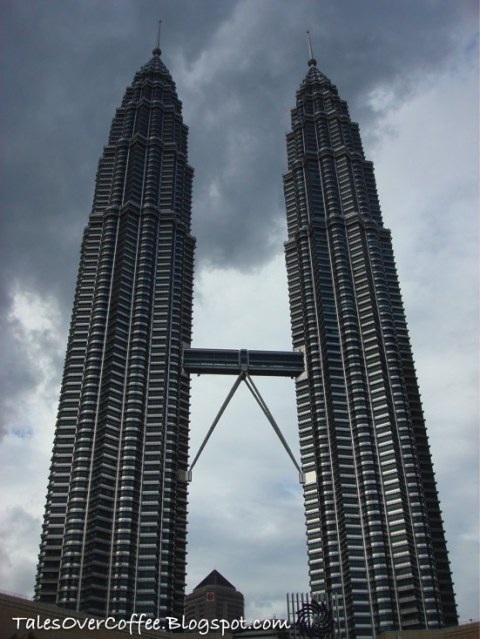 The area is really nice.  There were a lot of people sitting around talking and smoking.  If you look at that second picture you’ll see there’s even a pool area.  The statues of the whale and dolphins was a nice touch too.

After that we took the RapidKL to KL Sentral, then switched to the monorail and went to Chow Kit, then… went back to KL Sentral and got there just in time for the 6:30 PM bus back to Kuala Lumpur International Airport. We realized on the way to Chow Kit just how roundabout of a way we took.  It looked like one of the stations (Bukit Nanas I think it was) was almost right behind the pool area we’d seen. We’ll just keep that in mind for next time.

The bus ride back to KLIA wasn’t too bad at all.  The air conditioning was cold and the total ride time was only an hour.  It didn’t take us long at all to get through the check-in line and immigration check-point.  A short flight later we were back in Singapore.

Tomorrow: A review of Hostel Cosmopolitan, the guest house we stayed at during our trip.