This area is located along the path between the Bukit Nanas monorail station and the Dang Wangi train station. 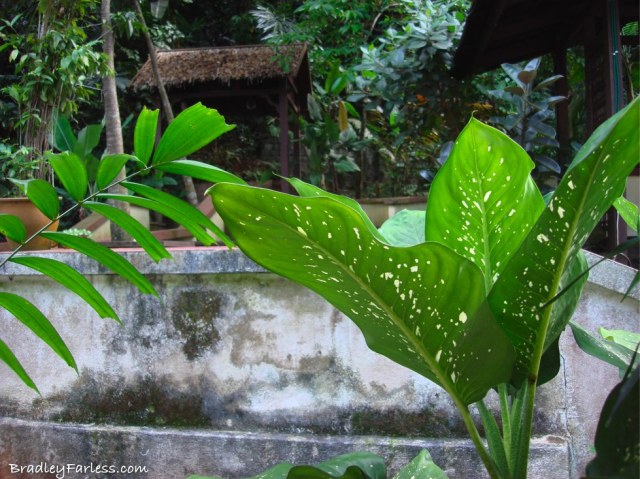 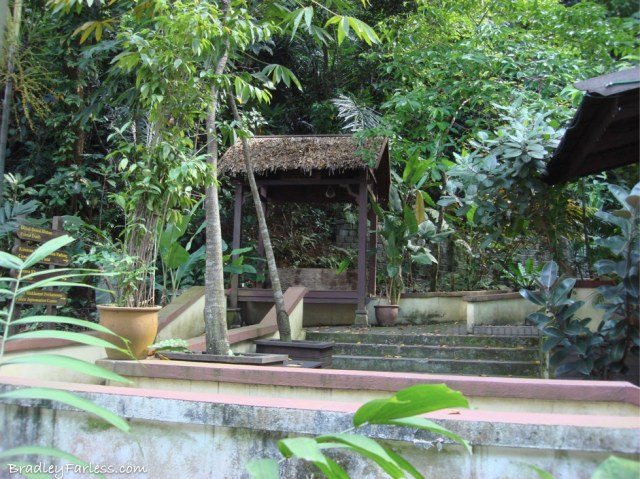 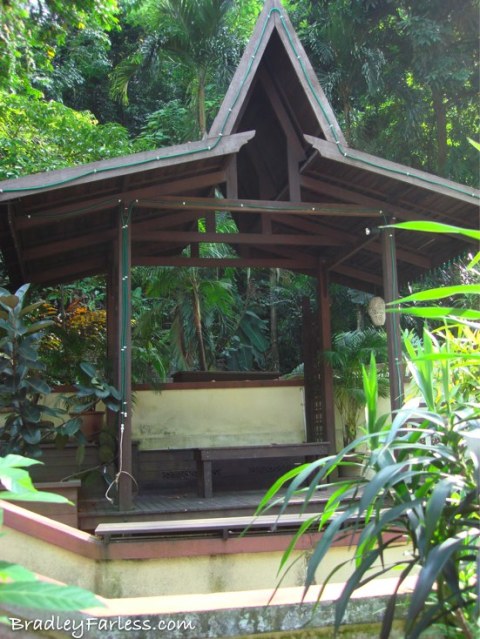 It looked really nice so I stopped to take a few photos.  I forgot to take a picture of the name of the building that was adjacent to this outdoor area, but it had something to do with Malaysian timber, and it was also the place where I saw the Pinis Gobel boat. 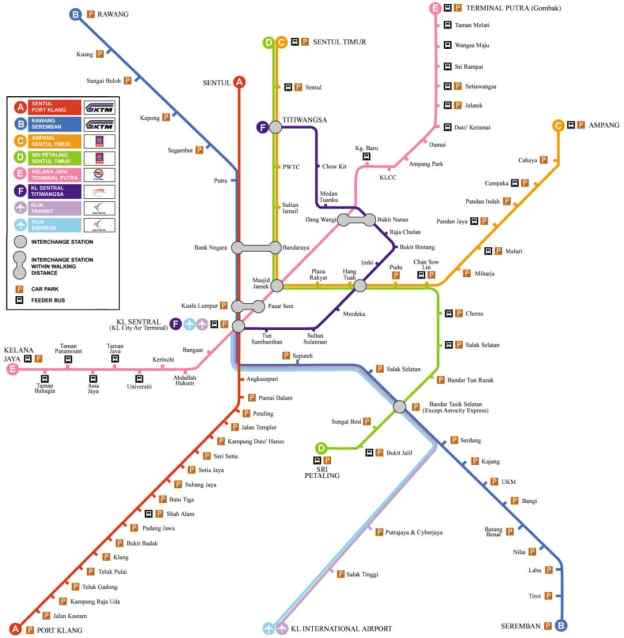 I was a little surprised to see that the path for the interchange was above ground.  I’ve gotten spoiled in Singapore where the interchange is all underground and you use tunnels to get to the other line if you have to.  I like that better because then I don’t have to deal with the sun and the lack of air conditioning.

Anyhow, part of the trip to between the lines includes going over a major road.  There’s a pedestrian bridge.  Unfortunately, the escalator on that bridge is broken and it appears to have been that way for a long time.  None of the pedestrian bridges I’ve seen in Singapore, except maybe one on Orchard Road, have escalators so we just used the stairs.  Apparently, the average Malaysian doesn’t want to deal with that though because everyone else walked out into the road and then used a spot where the center barrier had been broken down to get through. 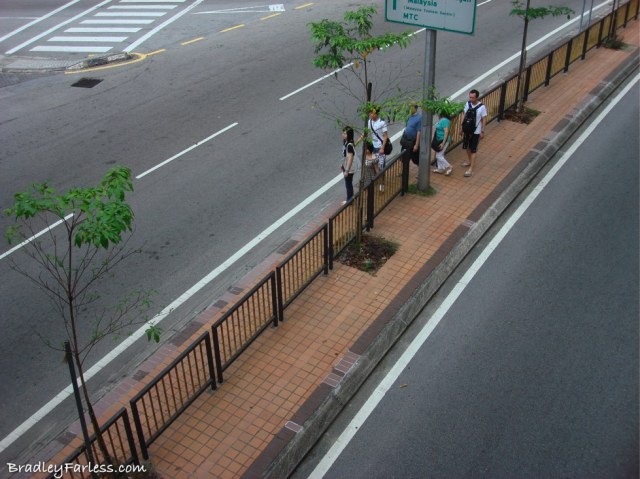 I’m kinda surprised that these people want to run in traffic, but I remember seeing them doing it in Chow Kit where the traffic is a lot heavier.  They’re pretty brave, considering what a fast moving vehicle can do to the human body.

Anyhow, we were happy to notice this on the transit map this time around.  The last time we went from KLCC to Chow Kit we went all the way to KL Sentral.  Taking this walk from one line to the other saves a lot of time and RM.