Wait?  Is that a guy with a bra on his head? 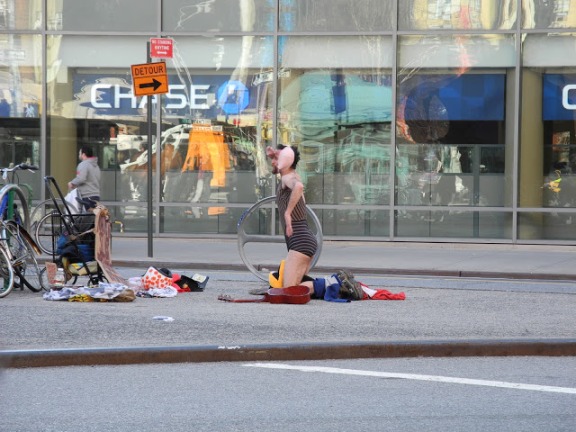 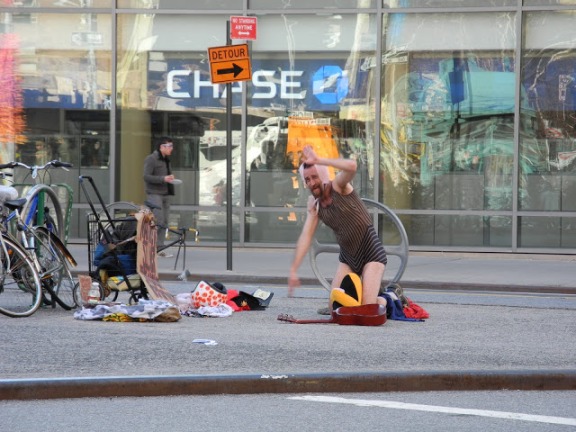 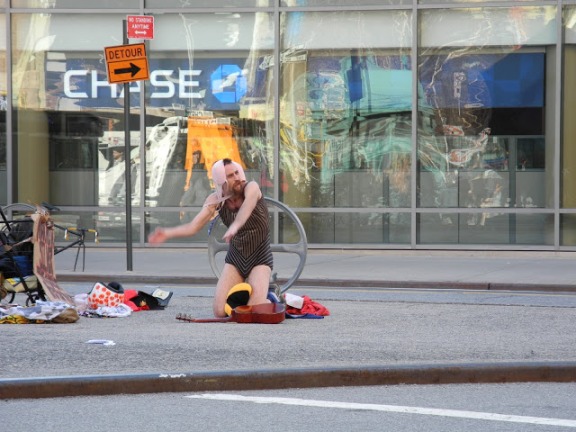 This guy slowly took off his clothing while doing a very unusual dance that resembled a combination of a swimming, robot, and peek-a-boo dance.  I’m not sure why he needed to have a bra on his head to do it, but nothing about the whole routine made sense anyway.  He had a little guitar looking instrument with him, but never played it.  I only watched for about a minute, before going about my business.

As entertaining as this is, it’s a shame that he’s on the street and isn’t receiving the mental care that he really needs.  Given how much we pay in taxes every year, you’d think the government would be able to take care of the people in our society who really need it.  No one can tell me that they think this guy is just playing and should get a job, or that he isn’t suffering while we make light of his situation.  I really wish our government did more for people like him.