The office building I work in is at Bowling Green. According to the New York City Parks website, “Bowling Green is New York City’s oldest park. According to tradition, this spot served as the council ground for Native American tribes and was the site of the legendary sale of Manhattan to Peter Minuit in 1626.” So, the area is a popular tourist attraction. The Smithsonian’s Native American museum also faces this park.

The most popular attraction in the park seems to be the Charging Bull rather than the museum. Every day there are people crowding around this bronze statue to have their pictures taken with both its face and its balls. The balls seem to be more popular. I suppose that’s not surprising. The bull is supposed to represent the power and unpredictability of market forces and represents Wall Street and the Financial District. 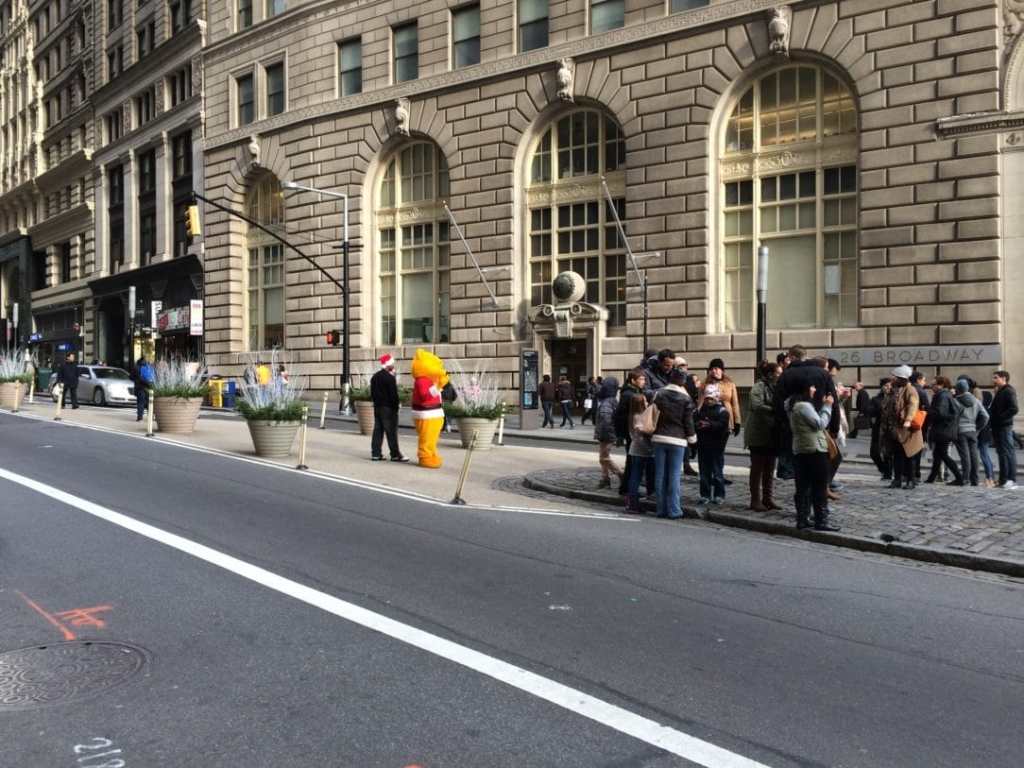 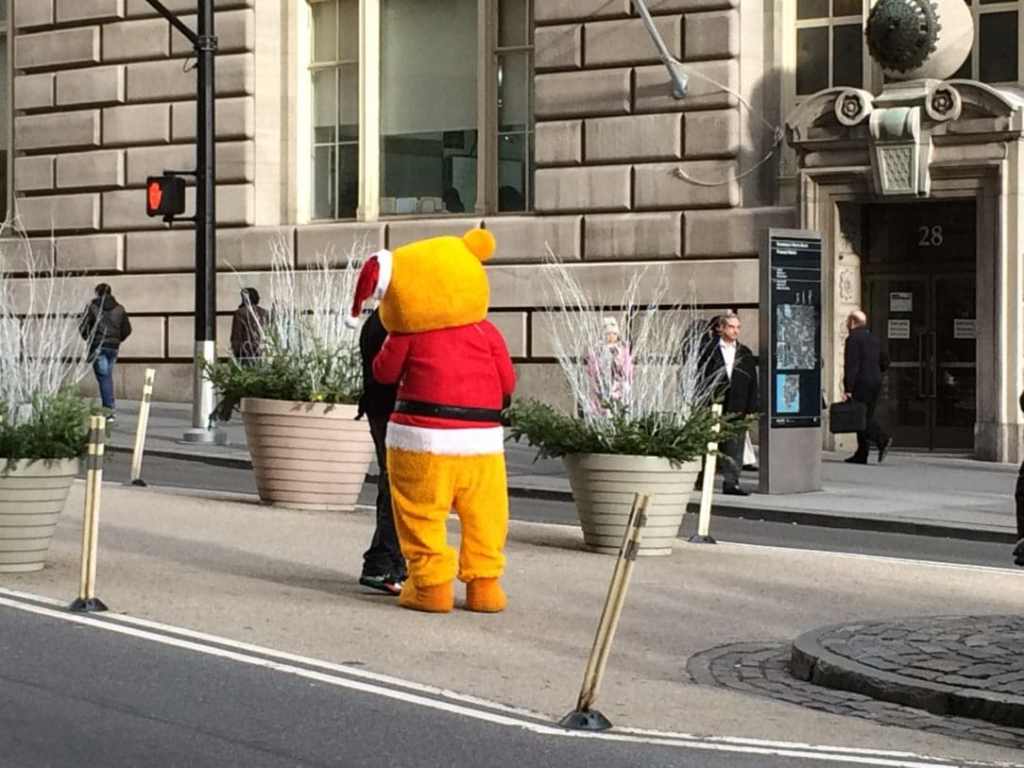 This week I spotted a new arrival: a Christmas themed Winnie the Pooh and accompanying muscle, presumably to strong-arm tourists into giving up money after taking a photo with the costumed person. This is a pretty common thing in the Times Square area and became a point of public conversation during the debate over topless women posing for photos in Times Square in exchange for cash. I’d never seen them in the Bowling Green area, though, and after that one time I never saw them again. I wonder if they were driven out by the police, by crowds of tourists telling them to get out of the way so they could take photos with the Bull, or by the police, or some combination of those three?

Regardless, I’m glad to see those two assholes gone. The crowds of tourists around the office building can be aggravating, because they obviously aren’t in a hurry during my lunch break and they sometimes block the sidewalk, but it’s understandable and I can’t be mad at them for coming to this city and having a good time. These people that dress in costumes and strong-arm people into taking photos with them and giving them cash afterwards, though? They’re parasites and they’re disgusting. It’s better than outright robbery, but not by much. I hope they stay gone.