I’d been looking forward to this solar eclipse for weeks, ever since I first heard about it. I even took the time to write it down, and enter it as an entry with an alarm in my iPhone’s calendar. I didn’t want to miss it! Last night I went to bed, rather anxious to wake up and witness this, the longest solar eclipse for the century.

So, I wound up waking up early and, much to my dismay, I could hear the sound of rain. I hoped it would clear up but as the time for the eclipse got closer, it kept coming down harder and harder. 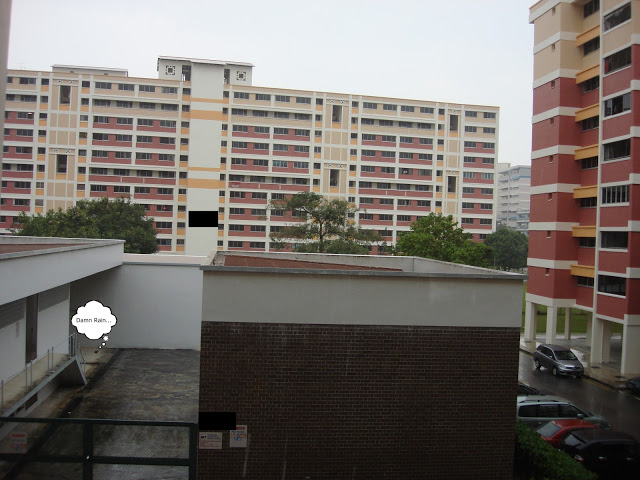 When it was time for the actual eclipse, I looked out my window and saw only this:

And then I realized my laundry was hanging to dry…

Singapore was supposed to be along the southern edge of the solar eclipse’s path, so I was hoping to see something exciting. The animated map I’d looked at showed Singapore in shadow. It did get a bit darker during the minutes when the eclipse was supposed to affect Singapore, but it wasn’t that noticeable. It wasn’t much darker than it would normally be during a thunderstorm.

So, it wasn’t quite what I’d hoped for, but we can’t have everything right?