[Edit: I found out later that the part of the mall that these photos is from is actually called E-Hub. Though I think it is part of Downtown East, there is half again as much mall as this that I completely missed. When I make an updated post I’ll leave a link here to it.] 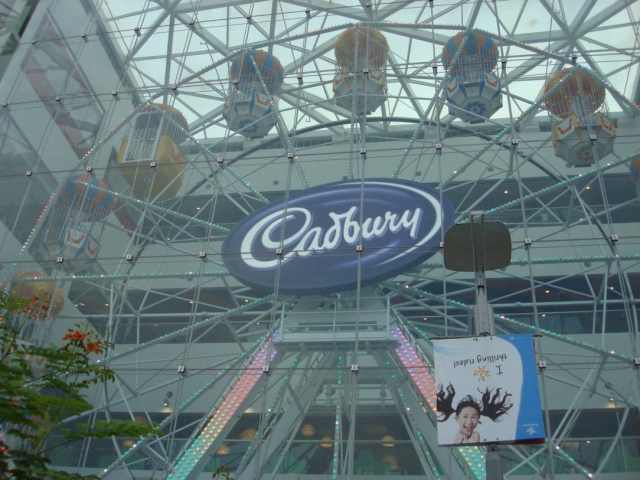 My wife and decided to stop by the Downtown East mall on our walk around Pasir Ris.  It was sort of on the way, and we hadn’t been there yet, so, why not? 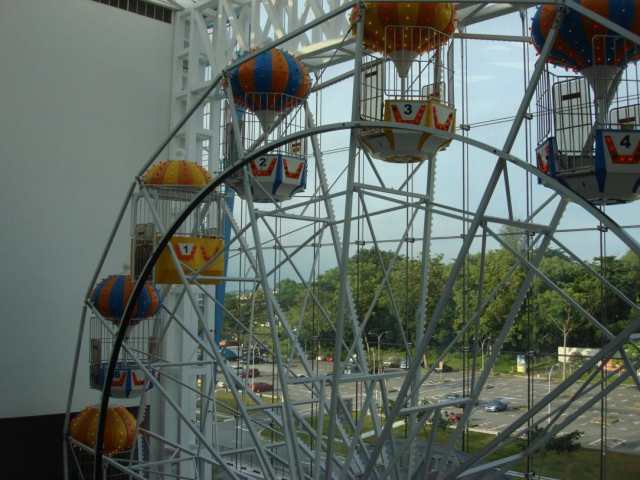 It looks like a great place.  As we came through the door we noticed a girl handing out free samples for premium yogurt.  I didn’t catch the name of the place, but the yogurt was nice.  It had toppings added onto it too that went along with the flavor.  It looked a bit pricey, but one of these days when I have money to burn I’ll probably get a cup to share with my wife. 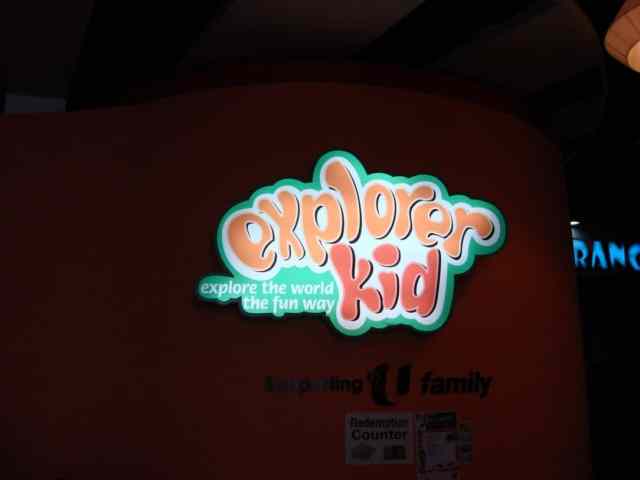 The mall as a whole seems to be tailored to young kids and teenagers.  I guess you could say it has a theme, including the types of stores in the mall.  It’s really not that big a place, as far as how many stores are inside it, but it does have quite a few restaurants and drink shops, plus an arcade, a type of paid playground for kids, an indoor Ferris wheel, some anime shops, and a movie theater.

I suppose the best part of it all is that the mall is only a 15 minute walk from where we live.

My wife and I were walking down the street in Pasir Ris, intent on exploring the area.  We spent most of last weekend moving our stuff, so there wasn’t much time to do anything special.

As we walked by these two guys, I heard a snapping sound, so I stopped to take a look at what was going on.  One of the guys was holding what looked to be a preserved cobra that had been turned into some sort of whip, with the head and hood and skin intact.  He would hold the snake over his head, as seen in the top picture, and then he would snap it out, to make the crack noise.  I also noticed that there was incense burning. 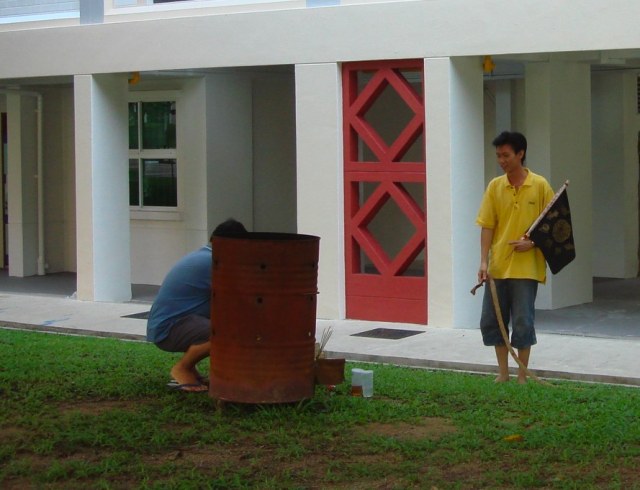 I imagine this is some sort of religious or remembrance ceremony, but it’s definitely one of the most bizarre things I’ve seen during my stay in Singapore.  Perhaps someone can shed some light on exactly what’s going on here?  I didn’t want to disturb them, as it might have been improper and rude.

This is just something odd I saw while at the shopping center near my new place.  I was leaning against a rail while my wife was using the ATM, and I noticed this sign behind me.  I thought it was amusing so I snapped some photos. 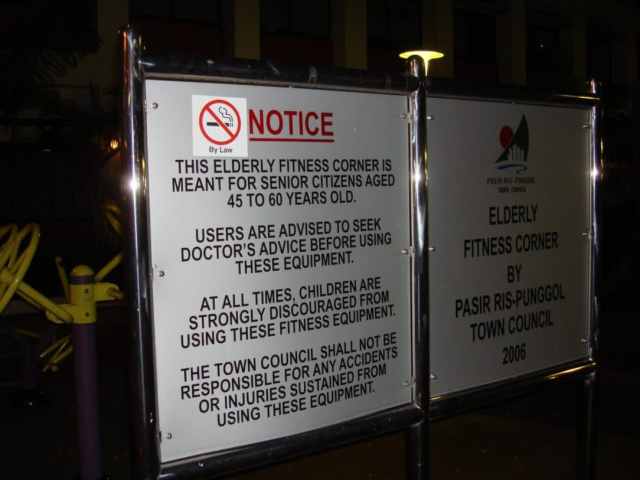 Apparently, the children are supposed to hang out on the adjoining playground while the old people get their workout: 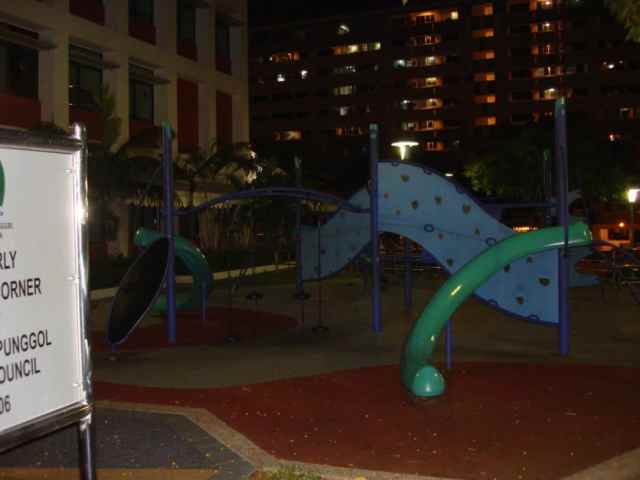 These workout areas and playgrounds are common in Singapore, but this is the first time I’d seen one that claimed to be specifically for old people.