My, my! Look how Timmy’s grown! He’s getting so big so fast! He’s a really good cat. I wasn’t sure about him at first, but now he’s very energetic and playful. Our other two cats have both taken a liking to him. My wife is really fond of him too. What’s best about Timmy is his poses. I’ll try to get some pictures of that later. When he sees something that interests him he stretches his neck to look and his eyes get really really big! I’ll try to get some photos of that for next time. The only thing about Timmy that disappointed me is that his bright blue eyes turned green. A black cat with bright blue eyes would have been really cool. Still, a black cat is neat. Sometimes he’ll sleep on a black blanket, or in a shaded spot and you won’t even see him til you’re almost standing on him. It’s fun, but sometimes it scares my wife. We’ll be laying on our bed, watching a horror movie, and all of a sudden Timmy will pop up out of the shadows next to her and startle her. I think it’s funny… 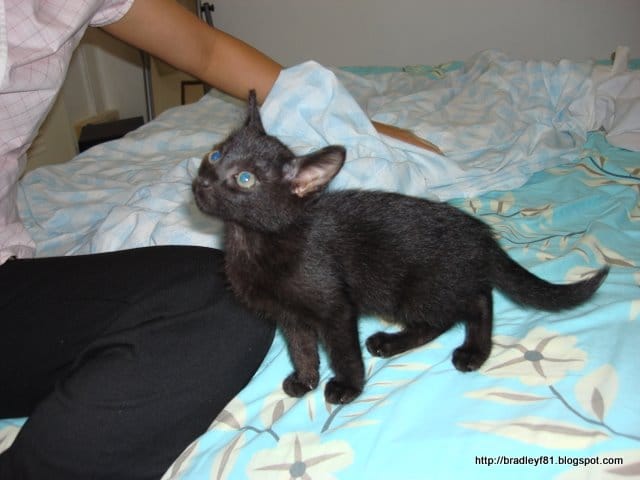 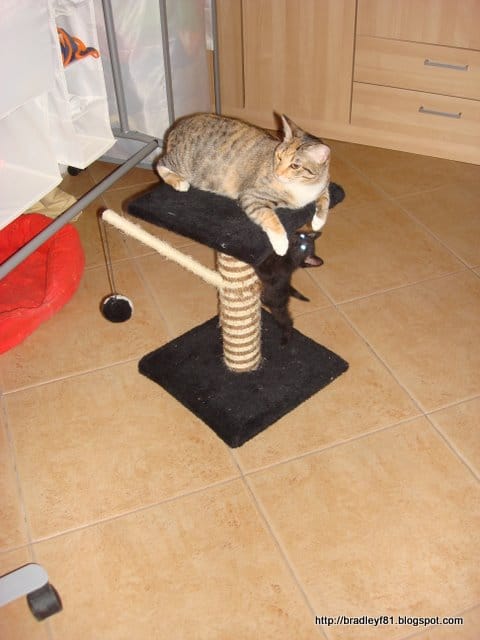 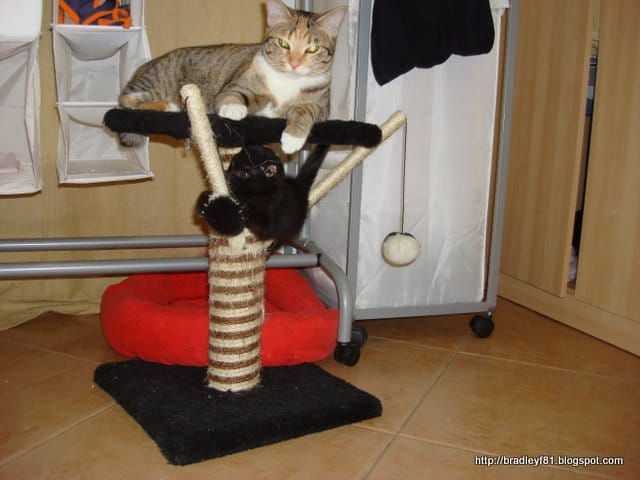 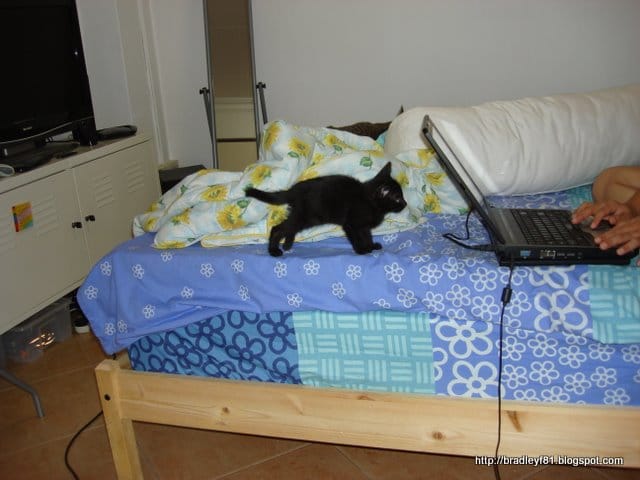 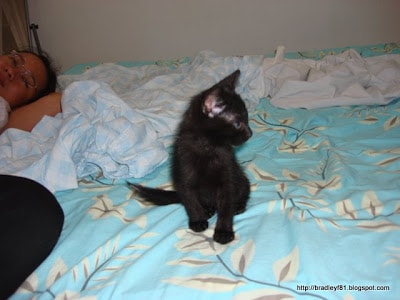 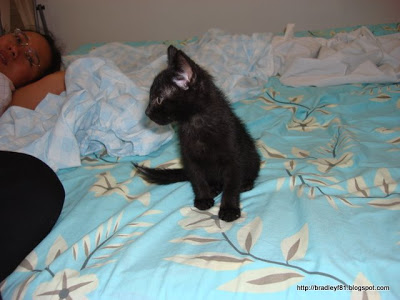 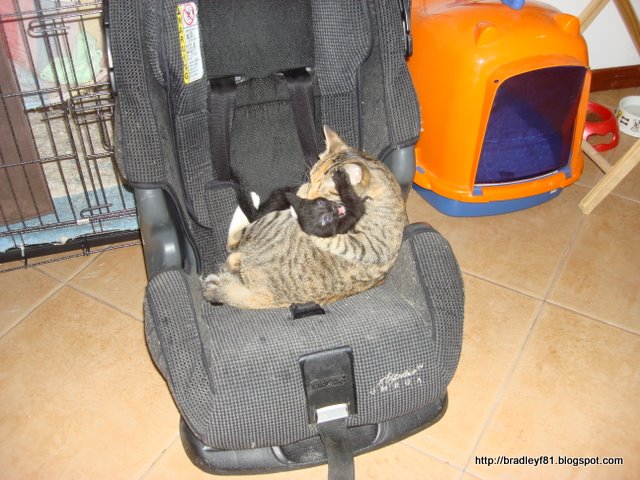