Not much to say here.  I just wanted to share the photos and make you drool!

On Saturday night (yes, that was a busy day for us!) our last stop before heading home was Plaza Singapura (another mall).  On the bottom floor there was a small Japanese Food Fair set up.  Well, that’s what the signs called it, but in reality it was just two stalls.  One was selling sushi and one was selling crêpes.

After eating the sushi (which came with free green tea by the way) I had an urge for something sweet and we tried out one of the Banana Caramel Crème Crêpes.  I took some photos while it was being prepared: 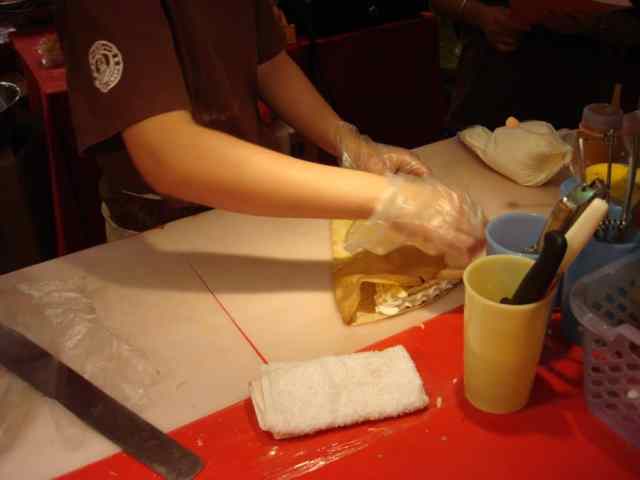 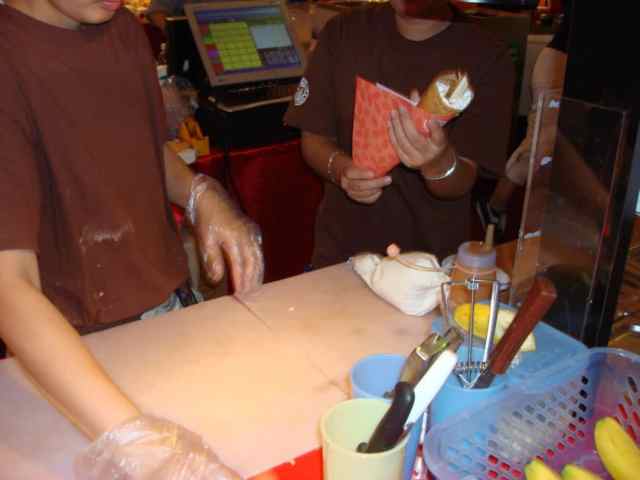 What’s missing from these photos is that the batter was first poored onto a flat black metal pan.  I call it a pan but it had no sides.  Perhaps a reader can give a name for it?  After the ingredients were added it was rolled up into a paper and handed to me like an ice cream cone.

The flavor wasn’t overpowering.  I mean, the crème wasn’t exceptionally sweet.  The flavors all augmented each other well and the final product was delicious!  I could’ve eaten another one by myself after the one we shared!