At the beginning of November my wife and I went to Orchard Road to look at the Christmas decorations.  While we were there we walked through Orchard Central.  A lot of the good decorations are inside the malls after all!  While we were exploring, we noticed that the very bottom level of Orchard Central was still closed off.  It was still under construction.  The decor looked fascinating though, so I took some pictures. (Scroll to the bottom of that post to see them).

Well, it turns out that as of this past weekend (at least) it’s open for people to go down and look around.  There’s still nothing open down there, but it was neat to see what they’ve already done with the place.  In keeping with the rest of the mall’s appearance, the decor and style that’s gone into the basement level is impressive. 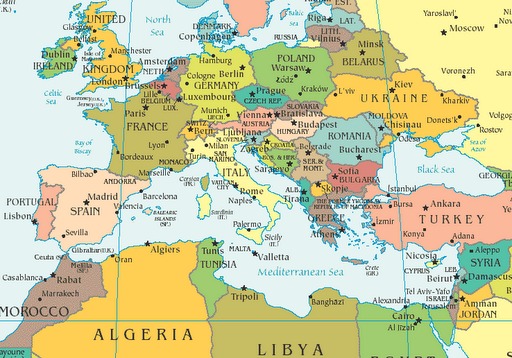 The whole floor will be called “The Med” and it’s going to be a Mediterranean style eating area.  So, I’m assuming there’ll be a lot of Italian food.  I’m hoping it won’t be that bland though.  I’m hoping they’ll be bold and have restaurants serving Greek, Egyptian, Lebanese and Turkish dishes, among others.  Just going by the way looks, I have a feeling the prices will be a bit steep.  Let’s hope it’s worth it!  I’m looking forward to trying the restaurants out once they’re open.
Speaking of the class of people the area will cater to, I laughed when I saw the sign down there showing the concept picture of the finished area.  It was packed with Caucasian people.  Do they think no locals will eat or shop there?  Is it only to cater to tourists?  Here’s an image of the part of the sign I’m talking about: 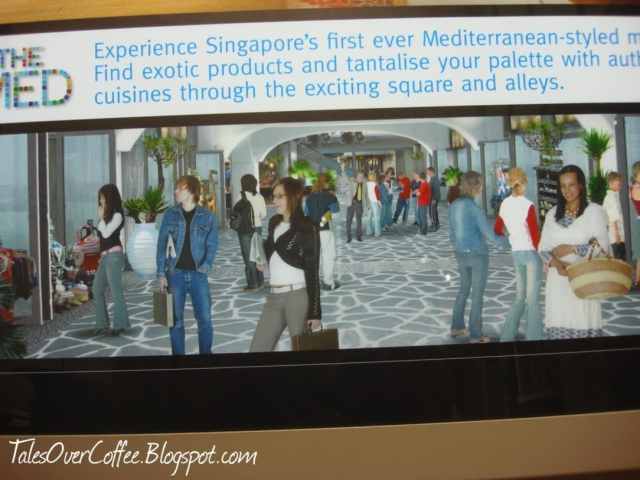 And a few photos of the area: 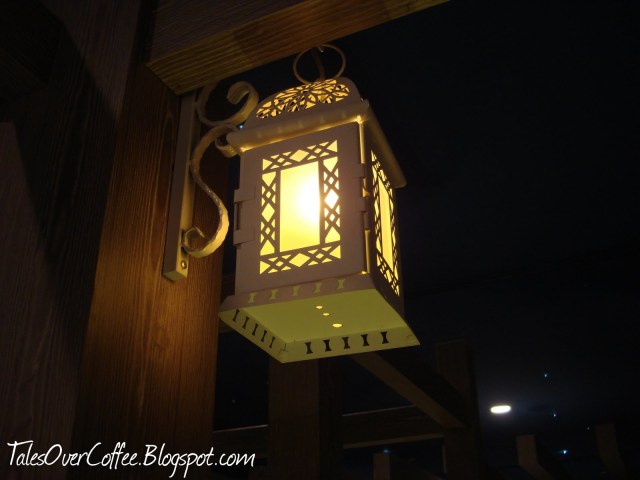 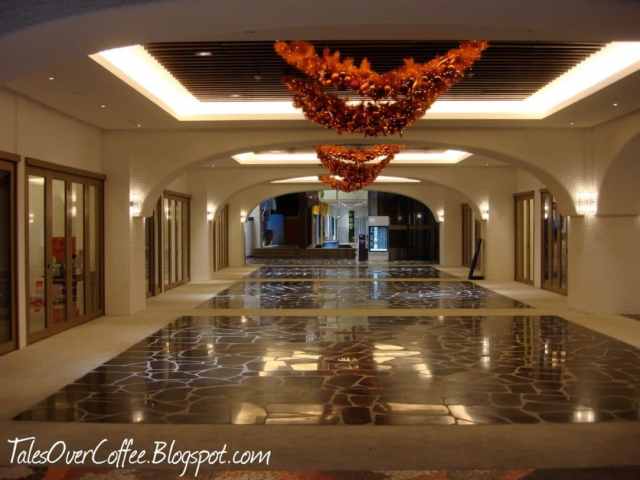 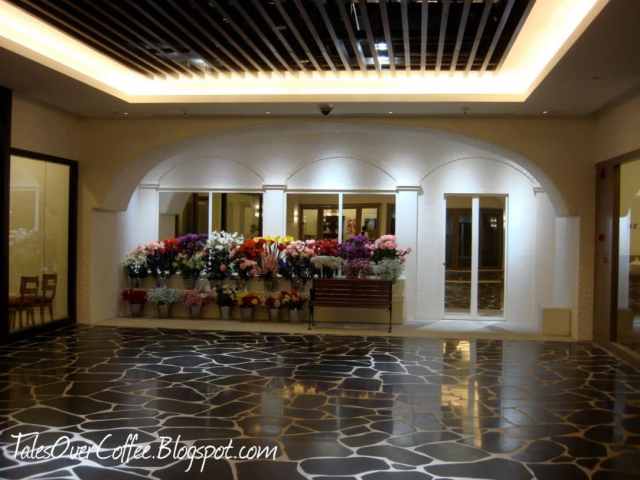 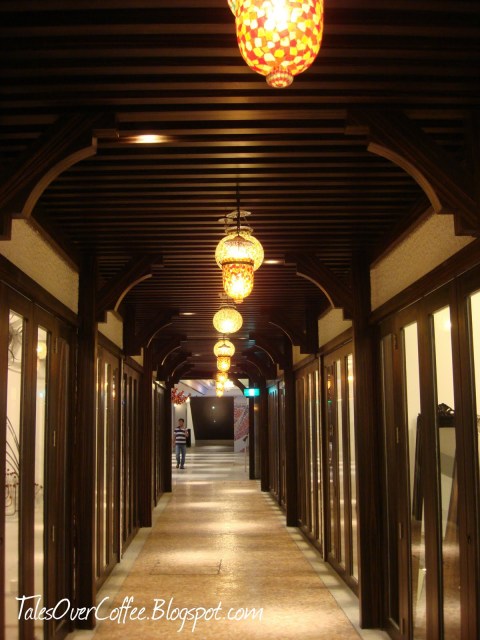 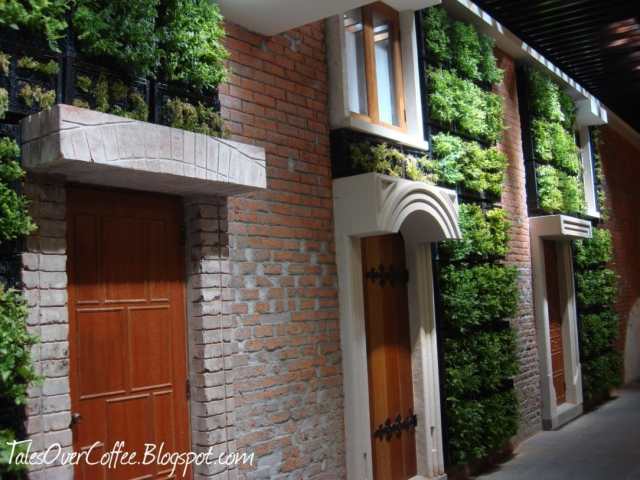 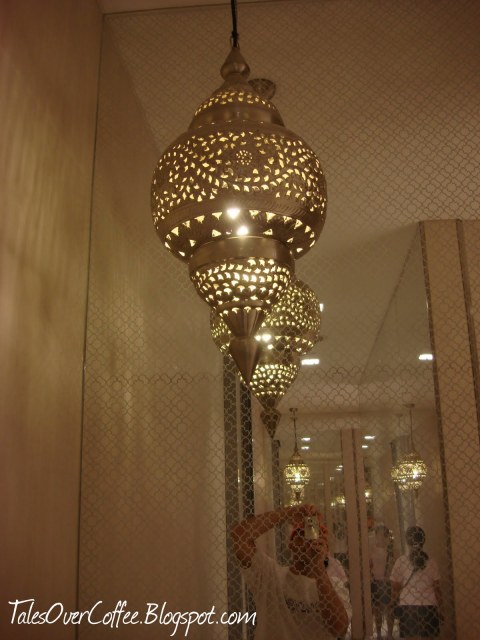 Even the bathrooms are well-appointed.
These last three photos are of a mural painted on the wall directly across from the escalators.  It’ll be the first thing you see when you enter the level, assuming you don’t use the stairs that go directly to it from street level.  I was really impressed with it.  The colors are very vivid and attractive.  It’s not a sticker or a poster either.  It was actually painted on. 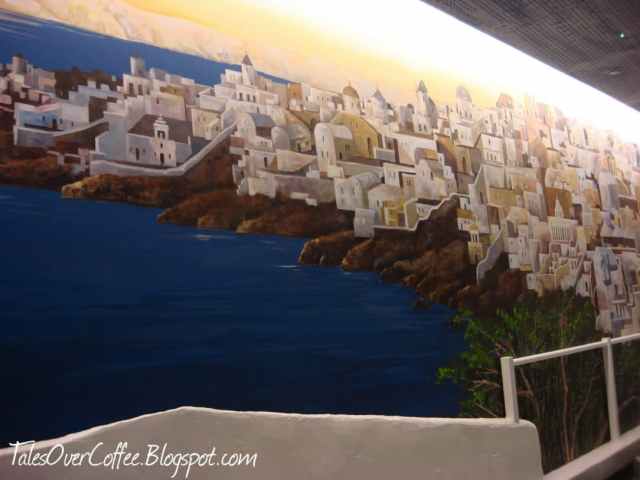 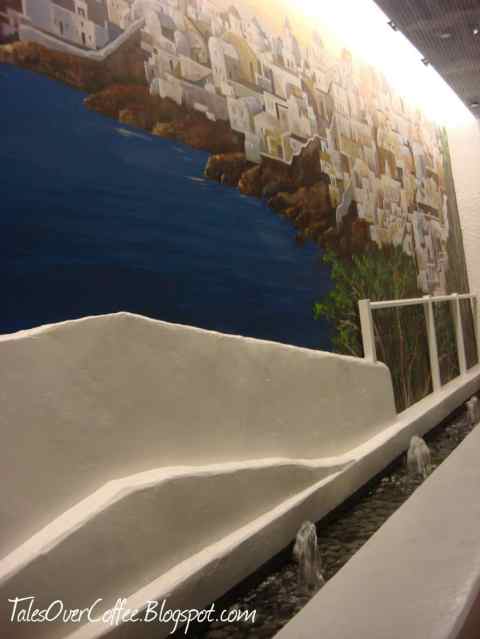 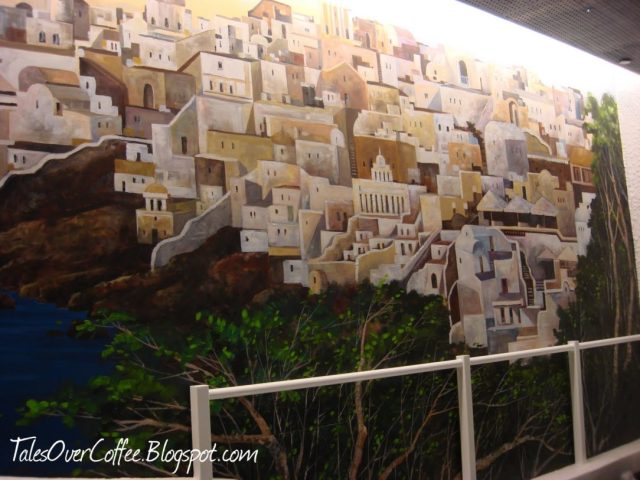 Hopefully in about a month or so the restaurants will open their doors to customers, but for now it’s still worth it just to go down and have a look at the level of work and attention to detail that’s been put into creating a Mediterranean atmosphere in subterranean Singapore.