Well, it’s the beginning of a new year, 2010.  This is the time to reflect on the past year, evaluate what you’ve done and then make new resolutions.  My holiday weekend was packed!  I went out to meet friends for dinner, did some shopping, visited Little India and Mustafa for the first time, went to a birthday party and still tried to find some time to relax at home with my wife.  With all of that going on, I hadn’t had much time to think about resolutions, so when I did finally put some thought to it tonight I was pleasantly surprised.  It didn’t take a lot of thought or soul searching.  The resolutions I needed to make for this year were obvious.

Later this year I’ll finally be departing Singapore in pursuit of academic success at De La Salle University in Manila where I’ll be taking up Japanese studies.  The curriculum looks rigorous but I think I’ll have an OK time of it, because it’s something I’m interested in already.  Part of that program will be learning the Japanese language.  By the end of the degree program I should be ready to take the JLPT4, which is the Japanese Language Proficiency Test level 4 (the lowest end). 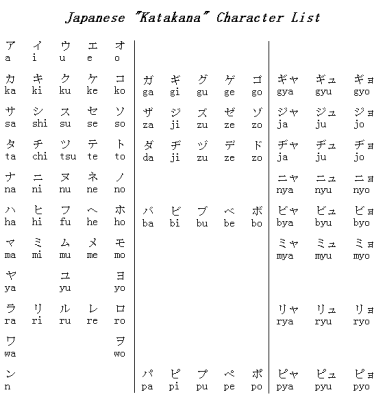 In addition to the two alphabets above, there are a little under 5000 officially used kanji, which are borrowed Chinese characters that form syllables or stand for words.  Not all of them are in common usage, but I should know 300 of them at least by the end of this degree program.

To that end, my first resolution is to get a head start and continually stay ahead of the game when it comes to character memorization and vocabulary improvement.  I’ve found a great site to get started with too.  It’s called Smart.fm.

One of the things we bought over the weekend was a new pair of running shoes for myself.  Since I got out of the Army I haven’t been too keen on keeping up with my physical fitness.  I started to put on weight that I then had to lose, but just being thin isn’t enough for me.  I want that physical fitness back.  So, I got a new, colorful pair of running shoes.  Some of you may have seen this photo in my Twitter stream.

Hopefully I can get myself toned again.  I probably won’t put as much effort as I’d like into running due to an old ankle injury that still bothers me, but that won’t stop me from trying.  I remember when I was in training in the Army one of the instructors told us, as we struggled on a long, long run, “Pain is weakness leaving the body.”  Well, that’s probably not the case for me since it’s the result of an injury, but even so I’ll try to bear a little pain to get back in shape.

So, I guess it boils down to getting back in shape and kicking ass at learning Japanese, both of which are easier said than done.  Any of you guys taking on hard resolutions for the year?