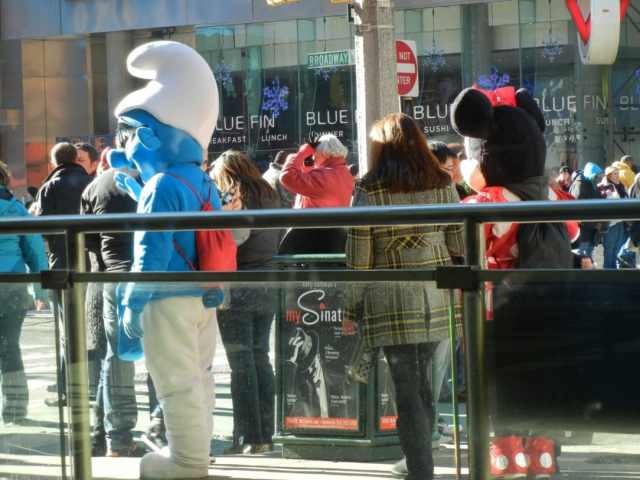 I should have known better, but while my wife and I were out today, I managed to get us stuck in a tourist trap.  We were in Times Square, waiting to meet up with family for lunch at Olive Garden and I saw a person dressed up as a Smurf, so I asked my wife if she wanted her picture taken.  She thought it would be fun, so we walked over, took the photo and started to walk away when the smurf-person stopped us and held up a bag.  I looked inside and saw some dollar bills, so I dropped a dollar in.  I started to turn away, but then the smurf demanded not just one, but two dollars.

Later, as we were sitting inside the Olive Garden, I saw Scammer Smurf and his little friends congregating outside, scheming together and preying on tourists and other unwary pedestrians. 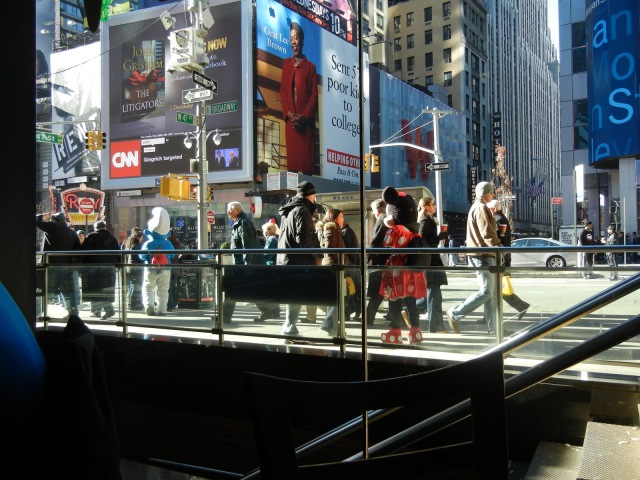 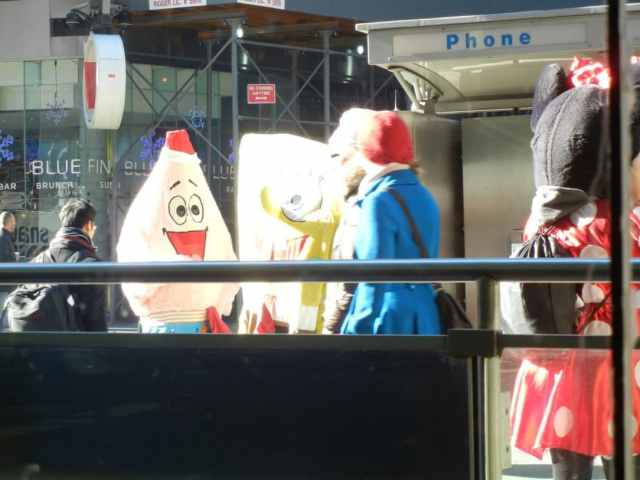 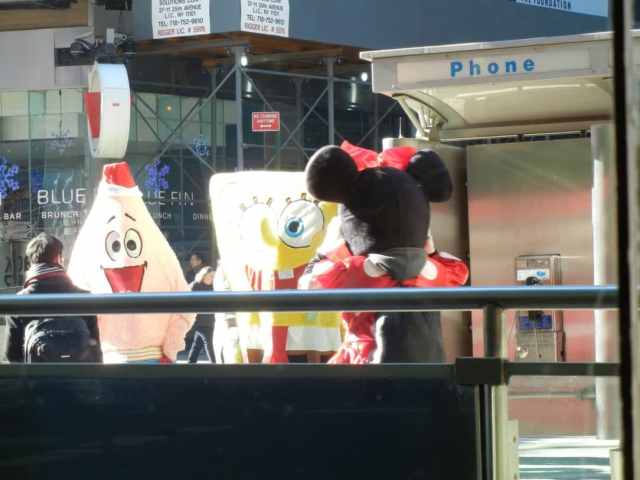 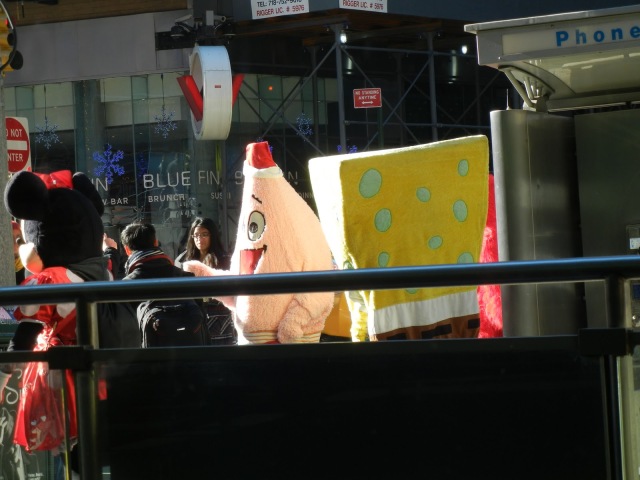 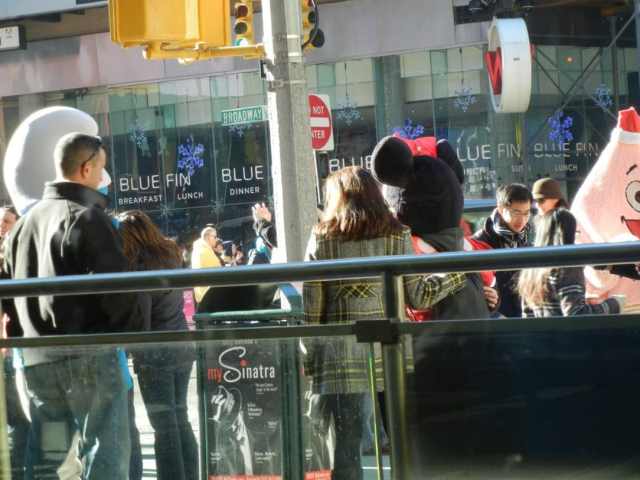 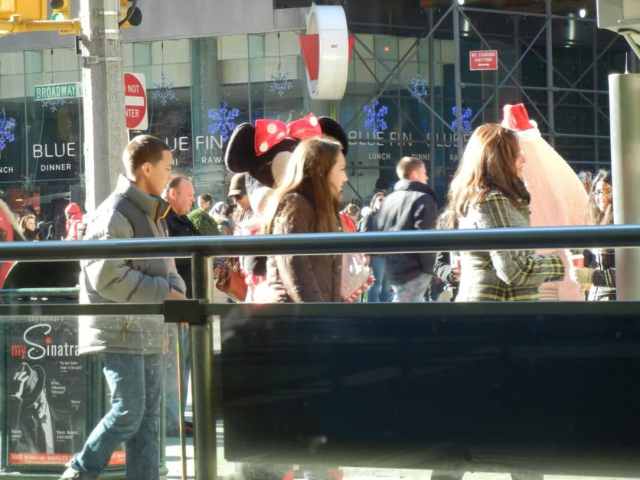 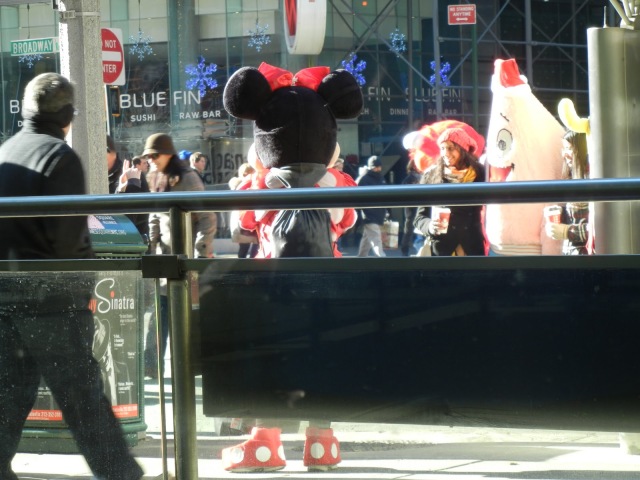 I think I fell for this because the last time I was in Times Square I had my photo taken with a person dressed as an M&M in front of the M&M store without being harassed for money.  Like I said, though, I should have known.

I guess the moral of this story is:  While in New York City, beware of cartoon characters carrying bags and posing for photos.

4 thoughts on “Scammer Smurf and Friends”