The High Bridge, officially known as the Aqueduct Bridge, was originally used to bring water onto Manhattan Island from the Croton River. Construction began in 1837 and was completed in 1848. The bridge had the appearance of a Roman stone, arched aqueduct. In 1928, the bridge was rebuilt using steel construction that worked well for quite a few years, but since the 1970s, the bridge has been closed to all traffic. New York City is working on changing that as part of an effort to create a network of trails and paths for biking, jogging and walking. 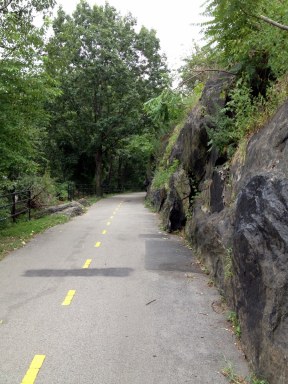 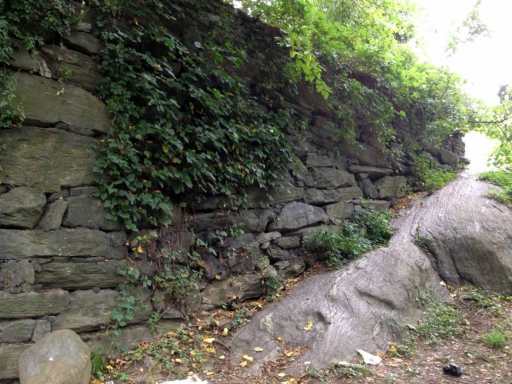 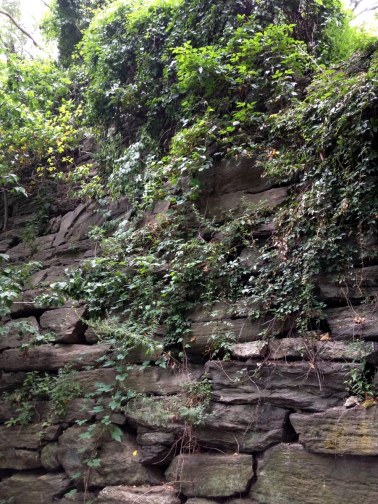 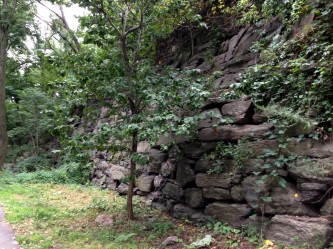 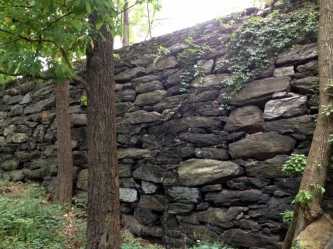 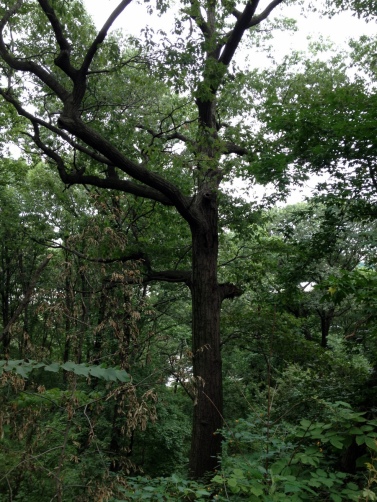 So far, the renovation looks good. It’s not done yet, by a long shot. My wife and I went down the long flight of steps from High Bridge Park in Washington Heights to take a look around. The trail is closed and all we could see was the very entrance to the bridge. We decided to check out the trail, which is well done. It’s wide, new, offers some interesting views, and opens onto either Amsterdam or Edgecombe Avenue.

There is also a dirt trail that you can walk on. At first, it narrows down to little more than a well-worn deer path, but then it opens up into something that looks like the city is maintaining it. There were a lot of people walking through there, mostly with dogs and their kids, but it looks like it could be a pretty spooky and dangerous place at night. We saw remnants of wild parties, and there was a kid just hanging around by the entrance of the path (where it opens onto Edgecombe near 155th) with a mobile phone in his hand. He had a I’m-the-lookout-for-my-robber-friends kind of vibe, so I kept my eyes open.

I wonder if the city is planning on paving that section and extending it through the deer-trail portion so it connects with the rest of the paved High Bridge trail that will lead over the bridge into the Bronx? I’m also curious as to how this section of bike/jogging/walking paths will hook up to the rest of the path system in Manhattan, because at the bottom end of Edgecombe, the only sign I saw that might be part of the paths seemed to double back to the north along Harlem River Driveway towards Harlem River Drive. Maybe one day I’ll go down there and see if there’s a way to double back again and head south along the river.

I really need to get a bike. It would make exploration faster. There’s so much to see in New York City that I doubt I could ever see it all just by walking.