A few weeks ago I was standing in Barnes & Noble, looking around to see if anything would catch my eye. I didn’t really want to buy anything because I have plenty of books that I haven’t read yet, but sometimes I go to B&N just to look around and get an idea of what’s popular or new. Sometimes I can’t resist and still walk out with a few new books to add to my collection.Anyway, I saw a section for books on New York City and I realized that despite majoring in History and working on an MA in history, I haven’t read or learned much about the history of New York City.

Anyway, I saw a section for books on New York City and I realized that despite majoring in History and working on an MA in history, I haven’t read or learned much about the history of New York City. The only two books that I know I’ve read are City of Women: Sex and Class in New York, 1789-1860, by Christine Stansell and City of Eros: New York City, Prostitution, and the Commercialization of Sex, 1790-1920, by Timothy J. Gilfoyle. I think I read them as part of an American economic history master’s course that was masquerading as a course on historiography and historical methodology. They were both excellent books, by the way.

Not knowing too much of anything about New York’s history struck me as odd since I live in New York City and half of my family has lived in New York City for multiple generations. At some point, I’m going to have to sit down and plow through a few good books on the subject, but my ignorance of the topic was the inspiration for my decision to visit the Museum of the City of New York on 5th Avenue.

The museum is not exceptionally large. I took the time to look at the special exhibit and read quite a few of the information placards in the galleries and still saw everything in about 3.5 hours, so it’s a great way to spend an afternoon without feeling rushed or having to go back again to see what you missed the first time through. Another bonus is that admission is free if you have a City University of New York student ID card.

The building’s collection has a mix of art and artifacts. In some galleries, there are old maps of the city, detailed information on how zoning works, and models to show how buildings were designed to fit the space limitations created by whatever the current zoning laws were. Other galleries have artifacts from the early colonial period, including Native American artifacts. There are galleries describing protest movements and fashion trends. There is a small hall dedicated to Tiffany’s. There is a gallery of contemporary children’s art from city schools. The special exhibit when I visited was on gay New York and the history of the gay rights movement and gay lifestyle in the city.

The galleries cover a lot of ground. Some exhibits felt out of place, like the Tiffany’s gallery and the Stettheimer Doll House, for example. The special exhibit on gay New York felt empty. There wasn’t enough on display to make the exhibit interesting. The children’s art exhibit was really fun but also really small. The museum should dedicate more space to current New York City art initiatives and to modern New York City. By that, I mean there should be something that showcases contemporary diversity beyond the scrolling Twitter feed display showing New Yorker’s criticizing Trump’s policies. It should be something positive, like an exhibit on interfaith initiatives, cultural festivals, street fairs, and festivals, for example. It would also be interesting to see an exhibit on historical landmarks in the city and the process for designating a site as a historic landmark.

A gallery of more photos from the museum: 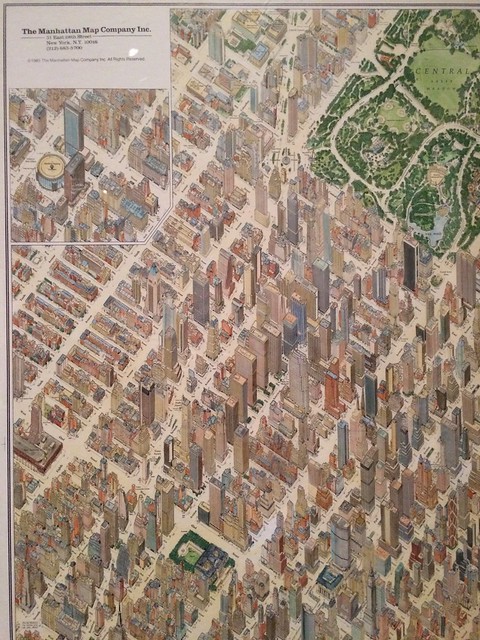 //embedr.flickr.com/assets/client-code.jsI probably won’t visit this museum again. It was definitely worth the trip, but I didn’t see anything there that spoke to me, in the way that art at the Metropolitan Museum of Art does. This museum is more informative than awe-inspiring or inspirational.