In August of last year, I was able to catch the Isaac Mizrahi exhibit at The Jewish Museum on 5th Avenue during its last weekend. The previous month, I’d gone to see the Manus x Machina exhibit at the Metropolitan Museum of Art, which was very impressive. Assuming I would see something just as beautiful and fascinating, I was pretty excited to catch the Mizrahi exhibit before it closed.

I was somewhat disappointed. I think it’s because my expectations were high after seeing what the Met had to offer. The dresses on display at the Met were impressive, intricate, attractive, and, for the most part, they were outfits that I could picture people wearing in real situations. Mizrahi’s outfits bordered on the impractical or the odd, the sort of things you see in runway fashion shows but would laugh about if you saw on an actual person in the street.

I was pretty put off by the whole experience. I found the most interesting parts of the exhibit to be the wall of cloth scraps in the featured image above and the chandeliers in the museum lobby. On the other hand, the exhibit made me re-evaluate my understanding of fashion. Does fashion need to be functional, or can it be art? Can it be both at the same time? Or one or the other? 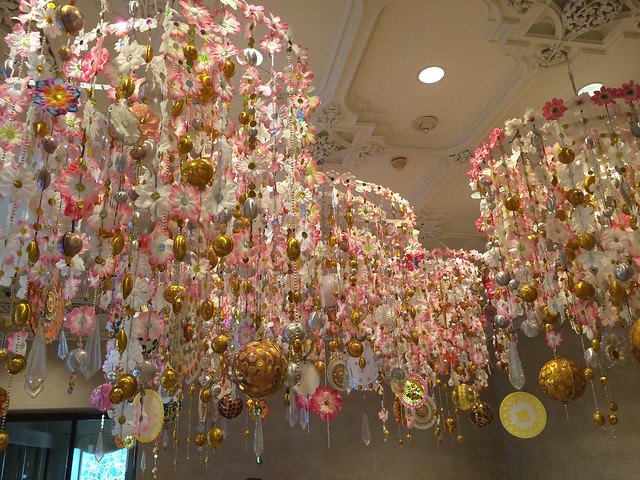 //embedr.flickr.com/assets/client-code.jsI suppose clothing can be art, rather than something that’s worn regularly or even occasionally. Even so, Mizrahi’s work didn’t appeal to me, but that’s a matter of personal preference. He’s obviously very talented.