This one time, in 6th grade (around 1990), I brought some cupcakes to class.  Ya, this was back before schools started banning cupcakes and other sweets, and we weren’t fat back then either.  Not many of us anyway, but that’s beside the point.  I only vaguely remember why I brought those cupcakes to class, but I think it was part of an event, probably my birthday.  I’m pretty sure that back then, when a student had a birthday, they brought in goodies and we had some free time.  No one brought in poisoned food.  No one cried that they were being forced to eat cake instead of having study time, and no parents tried to sue the school district for encouraging obesity, because we all had common sense back then.  Not like today, where morons sue and win for spilling hot coffee on themselves.  Retarded crap like that makes a mockery of our justice system and our country.

Anyway, back to the story!  My mom made two batches of cupcakes and sent me to school with them.  One batch of cupcakes was ‘normal’, and one was ‘weird’.  The ‘normal’ batch of cupcakes were made of white cake and vanilla frosting.  The ‘weird’ cupcakes were strawberry cake with chocolate frosting.  They just didn’t look right, especially since I’m not a girl and people who are not girls shouldn’t have a pink cake, or cupcakes in this case, at their birthday.  It’s not manly.  The strawberry cake / chocolate frosting combination my mom used for those cupcakes is so unusual that I didn’t find a single result for it on a Google image search.  I found a lot of chocolate cake with strawberry frosting cupcakes, but not the other way around.

The cupcakes looked like the image above, but unattractive, and reversed, with pink cake and melty chocolate frosting on top, the kind you get from the grocery store that’s flavored, rather than the fluffed sugar crap you get on ‘fancy’ confections.  (This picture of lovely cupcakes is from the Sweet Indulgences Cakes blog.)

I remember thinking that if I had enough ‘normal’ cupcakes to go around, I would have hidden the other cupcakes.  That wasn’t the case, and when it came time to open the two tupperware containers to present the cupcakes to the class, I could immediately see the same reaction I had to the pink/chocolate cupcakes in the faces of the other boys in class, and in the faces of some of the girls as well.  A line formed, and as students walked past, they picked up a cupcake.  One of the first girls that went by picked up the pink/chocolate cupcake, but everyone else took the ‘normal’ cupcakes until they ran out.  The disappointment was obvious.

So, no one, except maybe for that first girl, wanted the ugly cupcakes, but since there was no choice, the kids at the end of the line had to take them.  I had to take one too, since I took what was left after everyone else had taken a share.  I know that’s sort of backwards from the usual practice of the birthday boy getting the first piece of cake, but that’s how it was.

The odd thing is that after biting into the cupcake, I realized that it tasted great!  I heard other students commenting on it as well, and then the burden of disappointment shifted to the people who had taken the ‘normal’, and ultimately more boring, cupcakes.

I’m sure that I didn’t think of this at the time, but I wonder if, on some subconscious level, this experience reinforced the idea that being adventurous and taking chances can pay off? I’ve taken a lot of chances, some which paid off and some which ended in disaster, but up to now, I don’t regret those choices, because I’ve seen and done things that a lot of people will never see or do.  To me, that’s special.  If I were more conservative and I were the type to always take the ‘normal’ cupcake, I wonder how boring my life could have been? 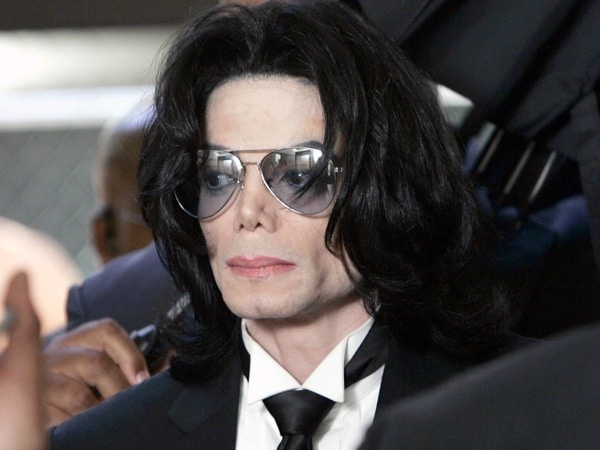 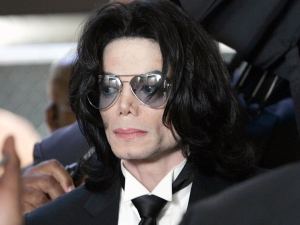 I’m not sure what happened to Michael Jackson as he aged, but what he became is nothing like what he was.  For the past few years the only thing people had to talk about when it came to Michael were comments about his child-abuse problem and the fact that he has undergone such an enormous amount of cosmetic surgery. In fact, I remember a few years ago there was a joke that his nose fell off.

It’s true that he really sank low before he died, but the first time I saw Michael Jackson I thought it was the best thing ever.  I was about 8 or 9 years old at the time and living on Hahn Air Force Base in Germany.  In Germany we only had one television channel (in English) and every day at I think it was 2:50 PM, there would be a few short Warner Brothers cartoons and then from 3:00 to 3:30 there would be one long cartoon.  My brother and I would rush home from school to make sure we caught those cartoons because there weren’t any others to be had.  On trips to the US to visit family we would record Saturday morning cartoons to bring back with us, or our grandmother would record them and send them to us.

Well, one day, instead of the usual short cartoons there were two music videos.  I don’t remember what the first one was, Thriller maybe, but the second one was Remember the Time.  It’s the first music video I clearly remember seeing.  I was fascinated.  The music was great.  The dancing was great.  The costumes were great!  My brother and I sat there, fascinated, half fearful that for some reason our parents would tell us to stop watching it, but they didn’t.  We went to church every Sunday and lived a pretty sheltered life on an Air Force Base in a foreign country, so something about the video seemed a little dangerous.  I loved the whole thing and when it was over I was disappointed.  Somehow the cartoons that day weren’t all that entertaining.

Michael Jackson was my first exposure to mainstream American music and I loved it.  I also wonder if that video has anything to do with my interest in history?  If you’re not familiar with it, the video had an Egyptian theme.  It’s a shame that a man that was able to influence so many people around the world through his music is dead, but I get the feeling that he brought it on himself, so I can’t really feel too badly about it.  Regardless, R.I.P. Michael.  I hope you’re in a better place… and if you are… don’t chase the cherubs! 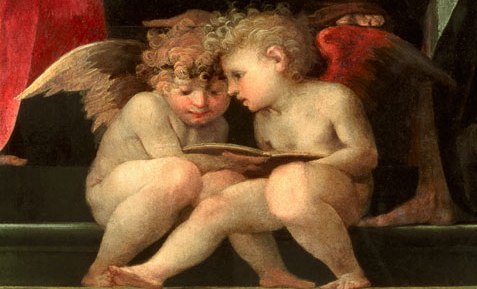